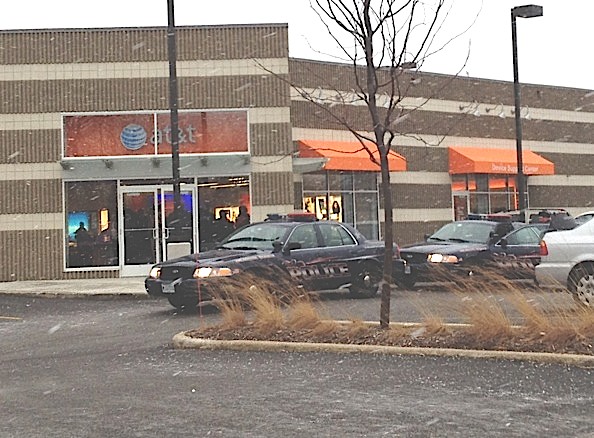 Police with two suspects in custody in front of the AT&T Store, 585 East Palatine, while investigating a possible retail theft.

Arlington Heights police received a report about 2:07 PM Saturday of a retail theft that just occurred at the AT&T Store, 585 East Palatine Road. Police received a report that the suspects exchanged empty boxes of fake boxes of Beats headphone and fled with real merchandise. Police apprehended two subjects within five minutes of dispatch in the eastbound lanes of Palatine Road, just west of Rand Road, and directly north of the AT&T Store.

Both suspects were brought back to the store and were investigated at the store.