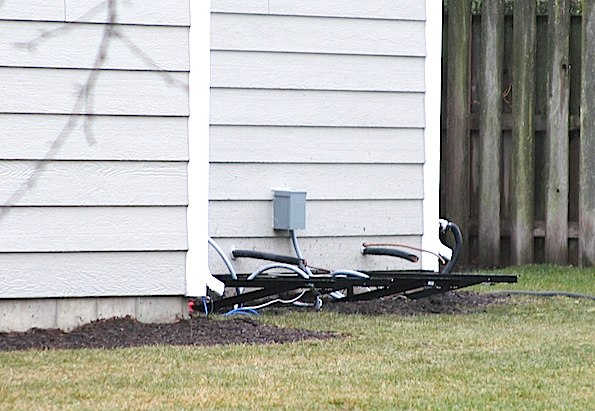 Missing air conditioners at the southwest corner of the new house on Willow Street.

Arlington Heights police received a report about 2:00 PM Monday of a residential burglary in the 0 to 99 block of East Willow Street. Police received a report that an unknown offender or offenders entered a home under construction and removed two Carrier furnace units valued at $1,500 each from the basement. They also removed two Carrier air-conditioning units valued at $1,300 each from the west side of the residence. All the units were hooked up and functioning properly. There were no signs of forced entry. 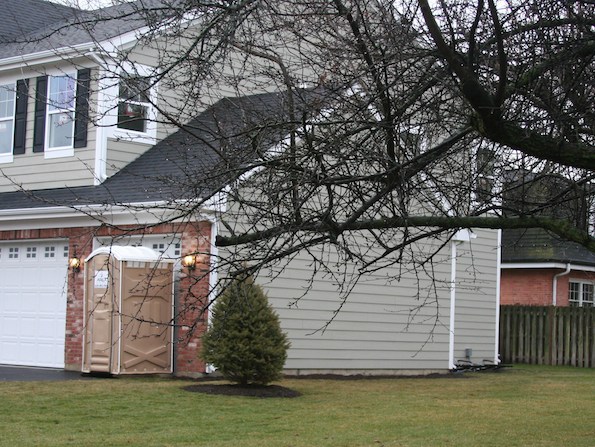 Wider view where air conditioners were stolen from side yard location. 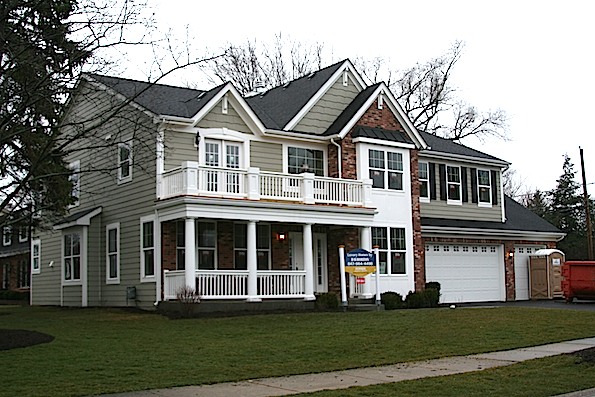