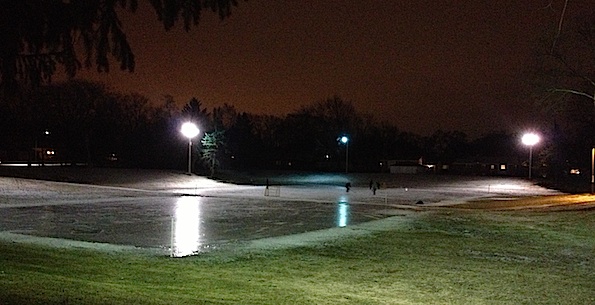 Marian Hossa scored his NHL-leading fifth goal on a power play 1:41 into overtime bring a 3-2 comeback win for the Chicago Blackhawks over the host Dallas Stars on Thursday. While Marian Hossa, shot past goalie Kari Lehtonen, a group was playing hockey at Hickory Meadows at Douglas and Marion in Arlington Heights.