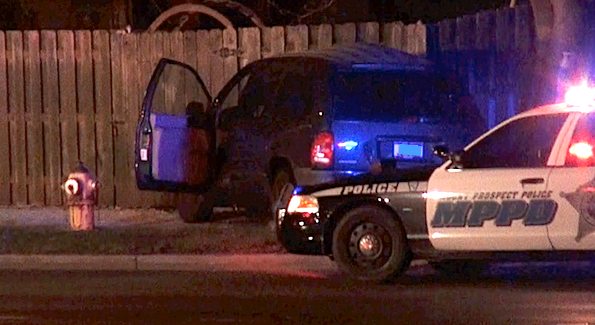 Arlington Heights police arrested a DUI driver about 2:40 AM Saturday on eastbound Rand Road at Schoenbeck Road. Police stopped a crossover vehicle with out of state plates. The driver was transported in custody to Arlington Heights Police Department. The driver’s vehicle was towed to a police holding area.

About 2:50 a.m. Arlington Heights police discovered a crash on eastbound Euclid Avenue, just east of Rand Road. A minivan hit a light pole, a tree, and a fence on the parkway on the south side of Euclid Avenue.

The driver of the minivan was arrested, but no confirmation yet on whether the arrest was a DUI, invalid license and/or other charge.