VIDEO: PSA announcement refers to a program in effect in San Ramon Valley, California. The program is not in effect in Arlington Heights or the northwest suburbs of Chicago.

Crowd-Sourcing Good Samaritans
A Good Samaritan can now volunteer to be notified if an incident possibly requiring CPR occurs in a public place in at least two locations in the United States — San Ramon Valley, California and Erlanger, Kentucky. When a person suffers cardiac arrest and the 9-1-1 center is notified, data from the 9-1-1 center is relayed or pushed to each nearby volunteers’ Apple iPhone Pulse Point app.

The “Fire Department app” (original name) connects those trained in CPR with those who need CPR by using the Apple iPhone’s GPS. If a cardiac emergency occurs in a public place in San Ramon Valley, California, the “Fire Department App” using sophisticated GPS technology, will alert volunteer citizens in the vicinity of the location where CPR is needed. The application also directs the volunteer citizen rescuers to the exact location of the closest public access Automated External Defibrillators (AEDs), which can be picked up on the way to the sudden cardiac arrest.

Nearly 300,000 people die each year in the United States from cardiac arrest. Survival rates nationally for sudden cardiac death (SCA) are less than eight percent and brain death begins in just four to six minutes. Even the best emergency medical services (EMS) in the country can have response times that exceed seven minutes. Bystander CPR and the early use of an AED are two extremely critical links in the cardiac chain of survival. This application strengthens these links and ultimately strengthens the entire chain.

San Ramon Valley’s fire department put a lot of work in the success of the program. They have a database of every AED with an accurate description that pinpoints the location of each AED. Interns at Northern Kentucky University’s Center for Applied Informatics developed the Apple iPhone app. The 9-1-1 center also is required to support the system, which is feasible by adding an additional relay system to the 9-1-1 center’s technology setup.

Erlanger Fire and EMS announced a partnership with the PulsePoint Foundation in October 2011 to bring the mobile application to the city.

OFFICIAL WHITE HOUSE VIDEO: On September 14, 2012 San Ramon Valley Fire Chief Richard Price presented the Pulse Point App at the White House on invitation from the Office of the President.

At a White House presentation September 14, 2012, San Ramon Valley Fire Chief Richard Price explained the inspiration for the Pulse Point app. He was eating lunch at a local deli, but was not listening to a fire department emergency communications radio, so he was unaware of a medical call nearby. After hearing a siren in the distance, he was surprised when an ambulance pulled into the parking lot in front of the deli. Someone at another store location right on the other side of the wall of the deli had collapsed from sudden cardiac death. An AED was nearby, and the CPR-trained fire chief explains how his lack of awareness of the incident was not good news to him. 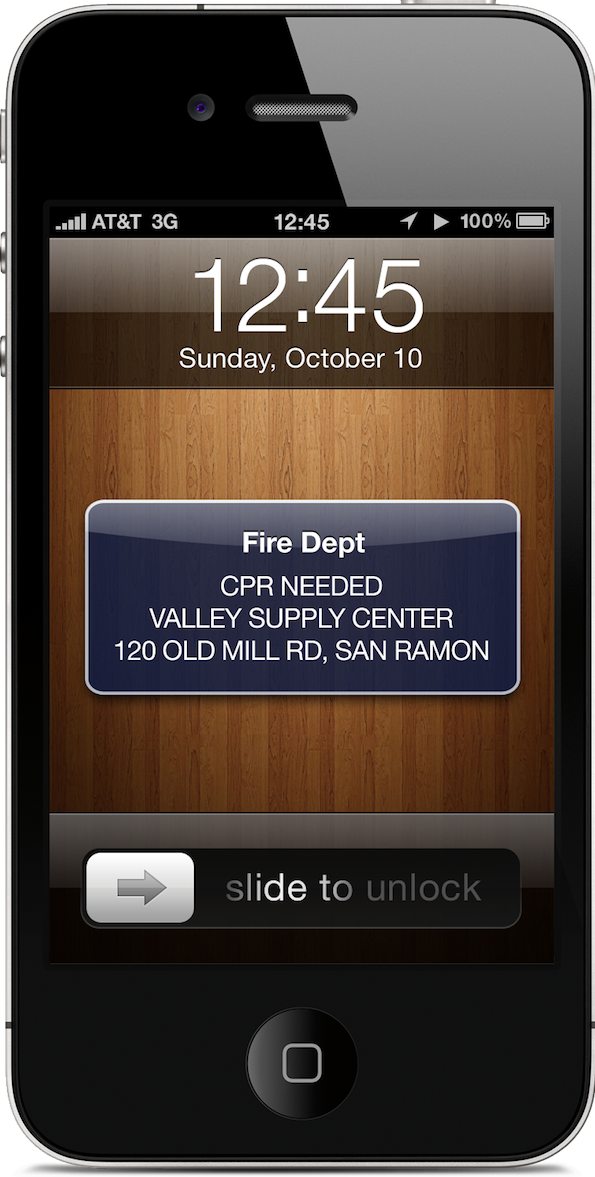 “This may be the most important development in the treatment of out-of-hospital cardiac arrest since the automatic external defibrillator! Simply awesome.”

“We are committed to seeing this technology implemented broadly and on multiple mobile platforms.”

“We applaud the District efforts to increase a sudden cardiac arrest victim’s chances of receiving life-saving CPR and access to an AED.”

“The new application aims to both increase the frequency and quality of bystander CPR and increase the use and deployment speed of public access AEDs.”