A reward of up to $10,000 is being offered for information leading to the arrest of Kenneth F. White II, who is wanted by the FBI for the robbery of numerous banks in the Chicago area, according to an FBI Wanted notice.

The offender was described as a male/white, 34-years-old (born August 31, 1978), 6’3″ 150 LBS (Thin Build). Kenneth White typically dresses in blue jeans, hooded sweatshirts, baseball caps, and in colder weather a black, down parka. He has a dragon tattoo on his left arm with Chinese writing, and several tattoos on his right arm.

The suspect is also labeled as armed and dangerous. 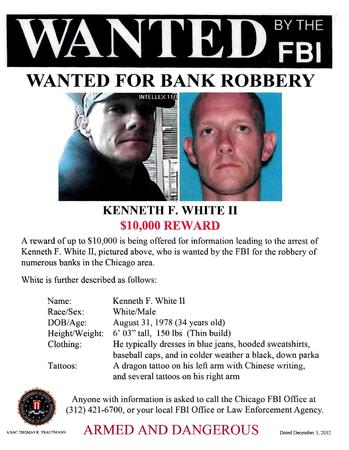 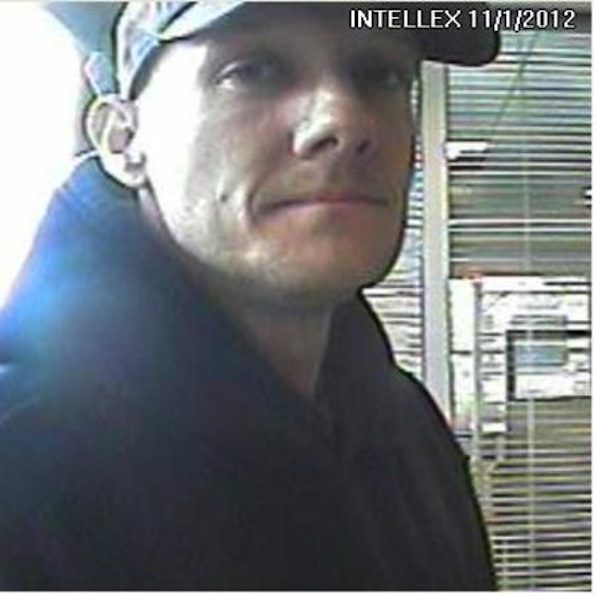 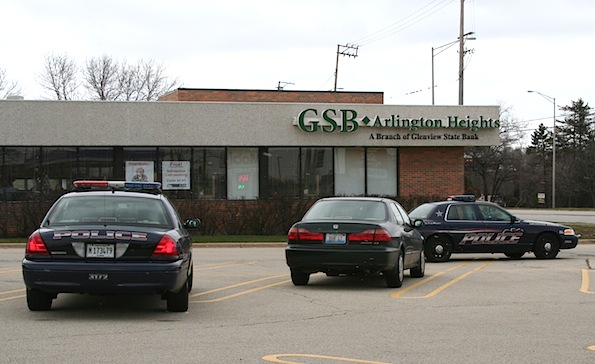 On further investigation, the offender is reported to have fled from a vehicle parked in an apartment complex, just north of the shopping center where the GSB and Jewel-Osco are located. The vehicle is reported to be a van or taller vehicle, possibly blue or green or dark in color. The vehicle headed northbound on Arlington Heights Road.