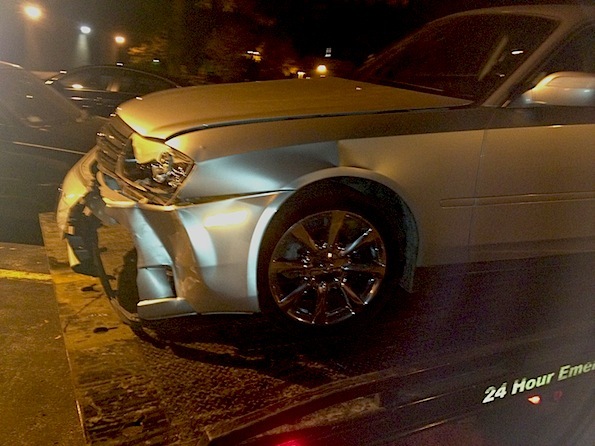 Silver Infiniti M45 believed to be the offending vehicle in a hit-and-run crash in Rolling Meadows towed from Motel 6 in Arlington Heights.

Rolling Meadows police responded about 5:44 PM Saturday to a hit-and-run crash in the 1300 block of Golf Road. Paramedics were called for an injured female driver in the victim vehicle. Rolling Meadows police alerted area police departments of a personal injury accident that occurred at Golf Road and Meijer Road about 6:18 p.m. Wanted was the driver of the silver Infiniti. An alert Arlington Heights police officer found the offending vehicle in the rear lot of the Motel 6, 441 West Algonquin Road about 6:24 a.m. The vehicle was described as an unoccupied silver Infiniti M45 with front end damage.

About 6:26 p.m. police reported a male/black subject ran from the police from the back of the motel building toward the front of the building. The subject was described as about 6 feet tall wearing a blue shirt. Police believe he was in the building, and called for a K-9 unit to search the building.

No word on police contact with a suspect, but the offender’s damaged vehicle was towed to a police holding area. 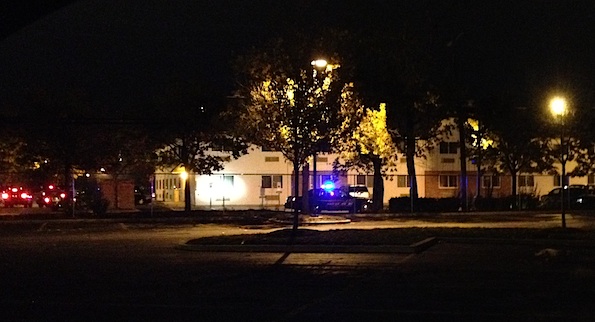 Police spotlight on a window at Motel 6 while searching for a suspect about 7:00 p.m. Saturday. 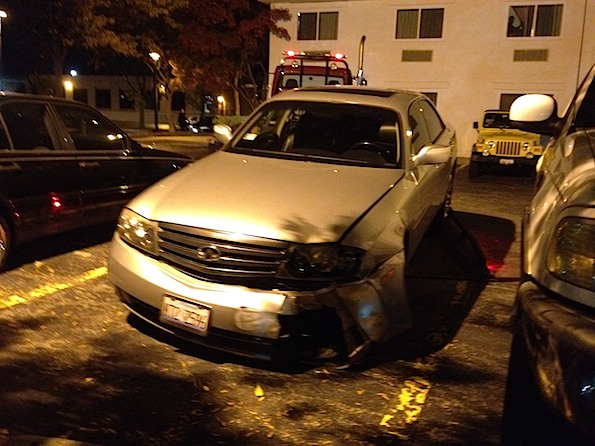