Rolling Meadows police responded about 2:56 PM Friday to an activated holdup alarm at the TCF Bank, 1415 Algonquin Road. Police first on the scene initially received a report that the bank was robbed by an offender described as a tall, male/white subject with a large build that was last seen eastbound from the location. 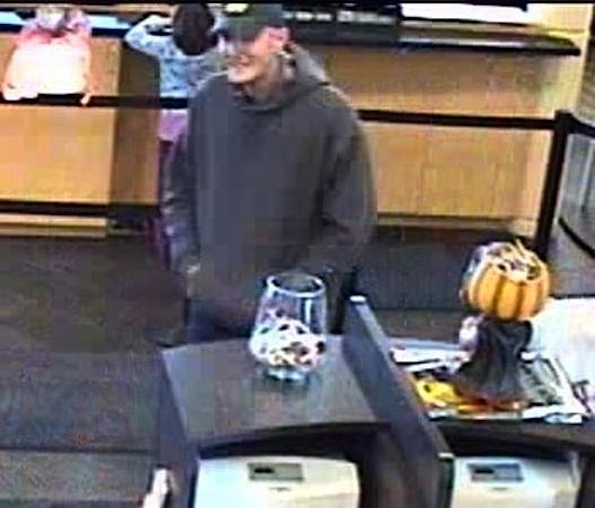 Police immediately released a video still image of the man who robbed the TCF Bank.

The offender is described as male/white in his 30’s, 5’11” to 6’0″ wearing a gray hooded sweatshirt, and a baseball cap. Pants, hair color and eye color were not described.

The FBI said the man took an undetermined amount of cash from the bank at 1415 Algonquin Road just before 3 p.m. No weapon was displayed, and the bank robbery is described as a “non-takeover” robbery.