Tuesday morning, Tropical Storm Isaac slowed down to a northwesterly speed of 7 mph. While the storm is expected to be a hurricane soon, the biggest danger is expected to be caused by heavy rain. Up to 18-21 inches of rain are expected from about New Orleans to an area between Biloxi and Gulfport, Mississipi, and north just east of Bogalusa. 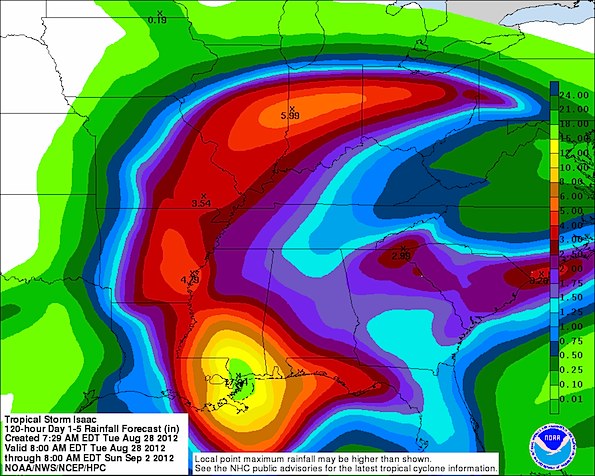 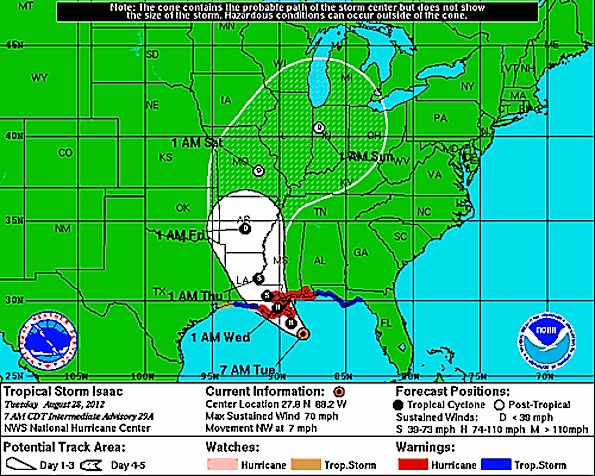 Potential Storm Track of TS Isaac and forecasted Hurricane Isaac showing Isaac a hurricane in Louisiana and Mississippi on Tuesday and Wednesday, a tropical storm in Louisiana and Mississippi on Thursday, a tropical depression in Arkansas on Friday, and a post-tropical depression in Missouri, eastern Iowa, Illinois, southern Wisconsin, western Kentucky, western Tennessee, southern Michigan, and western Ohio from Saturday through Sunday.

Post-tropical storm remnants are expected to be showers and scattered shower Friday night through Sunday night in Chicagoland.