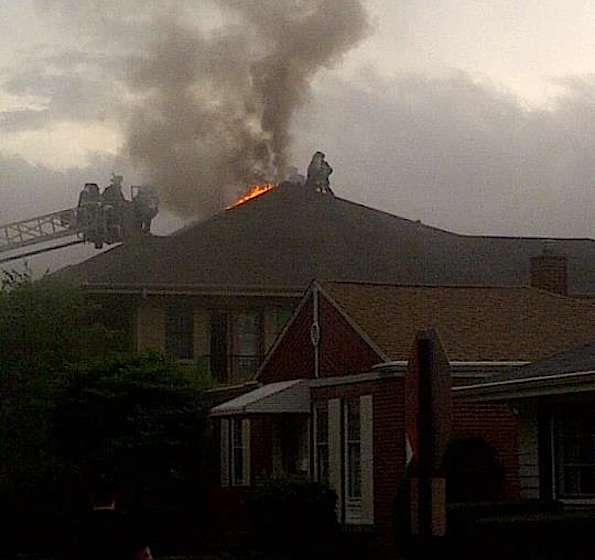 Firefighters from Park Ridge go to work on an attic/roof fire after a lightning strike in Park Ridge on Saturday, August 4, 2012 (Photo from neighbor/See over 120 more photos on Facebook.com/CardinalEmergencies).

In Park Ridge, in the 100 block of North Home Avenue, a roof and attic of a two-story brick home was ignited by a lightning strike about 5:30 p.m. The lightning strike occurred after the main thunderstorm cells had passed to the east and rain had stopped. At least two additional strokes of lightning charged the base of two trees in the parkway of the lot just to the north of the house with the attic/roof fire. A gas line into the house to the north was also severed during the lightning strike, but fortunately the gas did not ignite.

A neighbor just to the northwest of the stricken houses — in the next block — saw and heard the simultaneous lightning and thunder, and rushed out to check for damage. He immediately noticed smoke and then flames rising from the roof of the two-story house f his neighbor. As he approached the home he heard the hiss of gas leaking from the severed gas line. He alerted the residents in the two-story home that the house was on fire. The residents were eating dinner, and didn’t realize that the roof and attic were on fire. 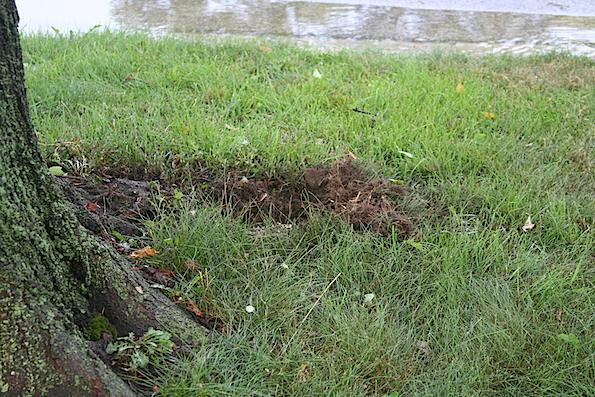 Grass turf flipped up near parkway tree from lightning strike in Park Ridge.

The resident living in the one-story house just north of the fire-stricken house said the lightning strike didn’t sound like thunder, but sounded like an explosion. The neighbor that rushed to the scene reported he felt the shock wave from the lightning strike and thunder. 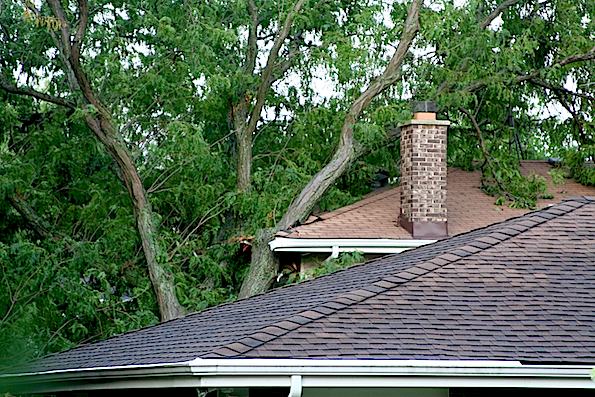 A large backyard tree fell on the back of a two-story house in Schaumburg.

In Schaumburg, a large tree fell on a house on Langley Drive, west of Summit Drive, and caused damaged to the roof. Building inspectors were checking for possible additional structural damage. Also in Schaumburg, a utility pole was blown to an angle on Plum Grove Road between Higgins Road and Schaumburg Road — the same area with the same problem that was affected by a storm a couple of weeks ago. 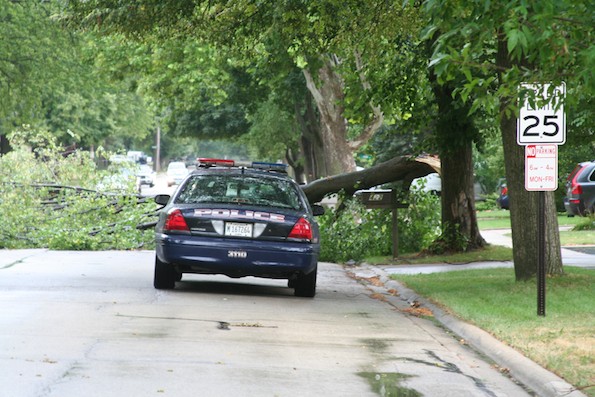 In Arlington Heights several tree branches were down. One large limb blocked Cleveland Avenue, south of Davis Street. A large tree branch fell on a car on Falcon Drive east of Tonne Drive and damage a the car, which was parked on the street. 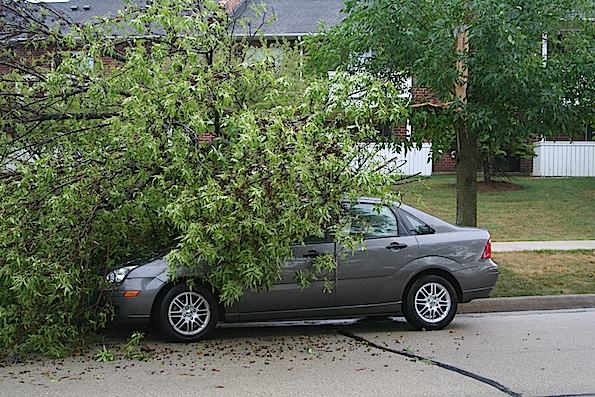 Large tree limb on a car on Falcon Drive east of Tonne Drive on the southside of Arlington Heights.