Arlington Heights police and firefighter/paramedics seconds after arriving at motorcycle crash on Wilke Road north of Thomas Street in Palatine.

Arlington Heights police responded about 2:27 AM Saturday to motorcycle crash in the 1700 block of North Wilke Road. Police and firefighter/paramedics received a report that a motorcyclist lost control. The motorcyclist was report to be unconscious, but breathing.

Police and firefighter/paramedics found the crash at the southbound shoulder of Wilke Road between Lancelot Lane and a curve just north of Lancelot Lane.

The male motorcyclist was transported to Northwest Community Hospital.

Palatine police also responded as the crash was in their jurisdiction. 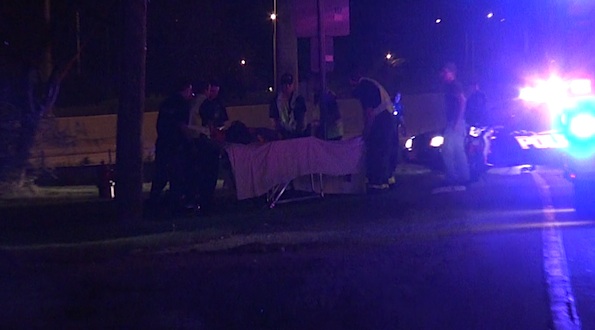 Motorcyclist prepared for transport to hospital after crash on Wilke Road. 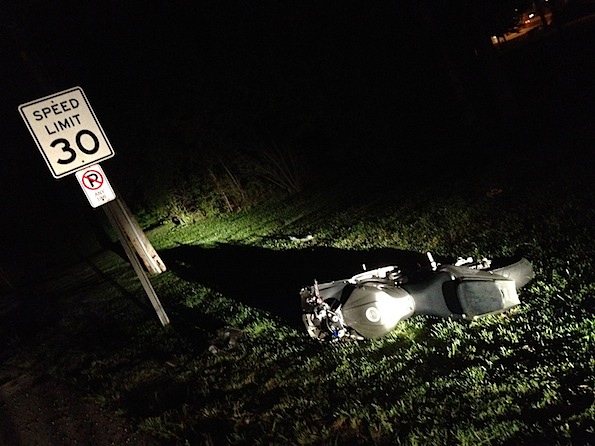 Waiting for tow while Palatine police report underway — motorcyclist apparently lost control after coming out of curve while southbound on Wilke Road.