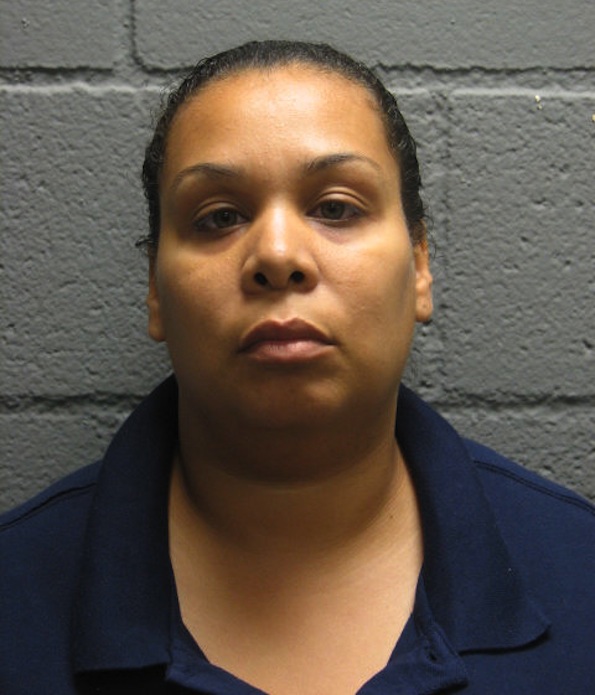 CHICAGO , IL… An employee of K-Mart/Sears Holdings Inc was charged with theft after an internal investigation concluded she stole over $48,000 from the company within just a nine-month period.

Lauren McClain, 32, of Chicago, was working at K-Mart for ten years and most recently was employed as a Cash Office Clerk at a branch located on the 1300 block of North Ashland in Chicago. Her duties there included closing out the daily receipts, counting cash, rolling coins, completing daily work sheets and writing deposits that go to the bank.

During her shifts, McClain would take K-Mart gift cards that had been previously used with no balance on them and electronically add anywhere from $400 to $600 to these cards. Her position granted her the access to add monetary value to the cards. She would then take the same amount of cash from the safe and throw the gift card into the trash.

The company’s Loss Prevention Unit said the electronically loaded K-Mart gift card would show up on the daily balance sheet as a positive influx of cash and the physical removal by McClain would zero out the exchange on the daily closeout paperwork. The unit realized these actions were only occurring when McClain was working and that she was the only employee in the cashier’s office when these incidents took place. The unit is estimating a loss of $129,000. Their initial investigation has proven that $48,000 has been stolen from January 1, 2012 to the present.

McClain was taken into custody at her place of employment and told investigators she estimates that she has taken about $5,000 since she began this scheme. She was arrested and will be charged on a theft charge and possession of counterfeit credit/debit/gift cards. She appeared in bond court this morning and the judge issued a $50,000 (D) bond with a recommendation for electronic monitoring. Her next court date is scheduled for September 4th at Branch 48.