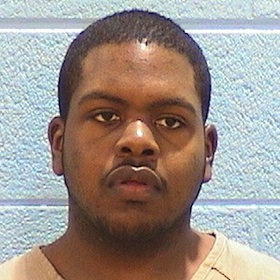 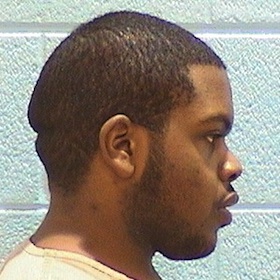 Secretary of State Jesse White joined by Cook County State’s Attorney Anita Alvarez and Illinois State Police Director Hiram Grau announced the uncovering of an auto theft ring that stole more than 200 vehicles worth $4 million, including Cadillacs, Land Rovers, Mercedes and BMWs. The joint law enforcement effort, headed by the Secretary of State police, was able to disband the operation and arrest and charge 21 individuals.

“We are pleased to report that this ring has been broken and the main players have been arrested and charged,” White said. “We are proud of the fact that the Secretary of State’s office uncovered this scheme and together with the Illinois State Police and Cook County State’s Attorney’s office, we were able to put an end to this criminal operation.”

The ring operated with offenders stealing leased return vehicles from dealerships, retagging them with an out-of-state or country vehicle identification number (VIN), obtaining a fraudulent out-of-state title, then submitting for a valid Illinois title, and finally selling the vehicle for cash on the street. In many cases, a $50,000 vehicle would be sold for $10,000 in cash.

The Secretary of State’s Vehicle Services Department first uncovered part of the scheme when a series of vehicle titles and supporting documentation in which an out-of-state or Canadian vehicle identification number (VIN) was used to apply for a legitimate Illinois title. The documentation was sent to the Secretary of State Police who reviewed and verified more than 100 fraudulent titles, so they contacted the Illinois State Police (ISP) Task Force, consisting of the Northeast Metro Auto Theft (NEMAT). The Task Force had been working on an investigation where leased vehicles were being stolen from dealerships.

The Secretary of State’s list of fraudulent applications and titles came back to the stolen leased vehicles. Once the operation was uncovered, the ring changed tactics using either a fraudulent social security number (SSN) or purchasing someone else’s SSN.
The Cook County State’s Attorney’s Auto Theft Investigations and Prosecutions Unit is prosecuting the cases involved in the joint operation and State’s Attorney Alvarez thanked the Secretary of State’s Office and the Illinois State Police for their ongoing partnership.

“While it may not be perceived as the most heinous of crimes, auto theft has increasingly become a sophisticated and organized crime involving not just the theft of a vehicle, but also other types of fraud such as identity theft, forgery and loan fraud,” Alvarez said. “As evidenced by this operation, law enforcement has coordinated and dedicated resources to attack this crime and we will continue to work with our partners to prosecute the offenders and protect vehicle owners.”The joint investigation, which recovered 120 of the vehicles worth $2.3 million, included the Secretary of State Police, Illinois State Police (ISP) Auto Theft Units, the Cook County State’s Attorney’s Office, and National Insurance Crime Bureau (NICB) personnel.

“Auto industry theft is the new organized crime armed with sophisticated criminals and elaborate schemes that defraud car dealerships and consumers every day,” said ISP Director Grau. “These criminals and organized rings are busy plying their trade through forgery, theft and smuggling operations and this takedown underscores the importance of task force collaboration,” Grau added.
The operation was nick-named Operation Baseball Diamond or “O.B.D.” [OBD is the acronym for On Board Diagnostics, a vehicle’s internal computer system which holds the identity of the vehicle.] This was the way police determined the real VIN on the retagged vehicle.
Of the 21 charged, one of the major players in the operation included Dominique Henley who has been charged with Aggravated Possession of a Stolen Motor Vehicle, Theft by Deception, Identity Theft and Forgery for purchasing multiple vehicles using stolen Social Security Numbers. Henley pled guilty and was sentenced to eight years in prison in Cook and Du Page County.

“For the past two decades, Illinois has seen a dramatic decrease in the number of auto thefts,” DuPage County State’s Attorney Robert Berlin said. “This decline can be attributed to the cooperative efforts of law enforcement agencies throughout the state sharing information and resources. Operation Baseball Diamond is a perfect example of agencies working together to not only disrupt these auto theft rings but ultimately dismantle them.”

White urges citizens to investigate before buying a new or used car. Customers should make sure their automobile dealer is licensed through the Secretary of State’s office. Consumers should check the VIN via an online nationwide database to look up a vehicle history report and confirm the VIN on the vehicle.

For information on buying or selling a used vehicle …
http://www.cyberdriveillinois.com/publications/pdf_publications/sos_dop141.pdf