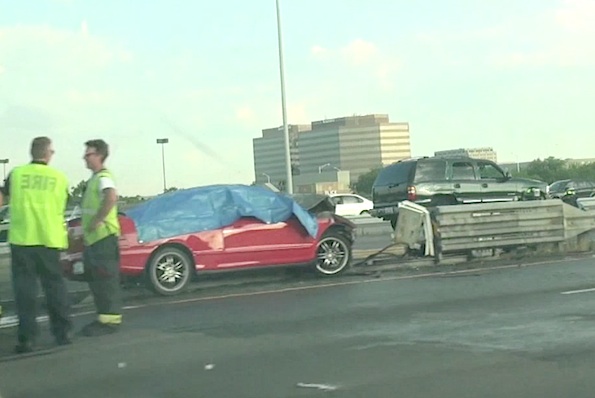 The driver of a red car was killed when he hit the express/local divider at northbound Route 53 near Woodfield early Thursday morning (More photos at Facebook.com/CardinalEmergencies).

UPDATE: Driver identified as Jose J. Diaz-Rendon, 28, of Rolling Meadows, who was driving on a revoked license from a DUI conviction.

The red vehicle hit the express/local divider on northbound Route 53, just north of the Woodfield Road entrance ramp. The vehicle had extensive front-end damage and was burned. Firefighters covered the car with a blue tarp.

Northbound traffic was delayed for several hours. Illinois State Police are investigating the crash. Some lanes were still blocked as of 8:30 a.m. Thursday. 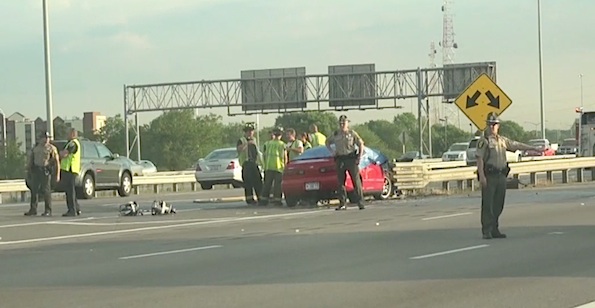 Illinois State police closed two local lanes down to one lane to keep vehicles clear of the crash. Debris projected forward from the car. A piece of the front fender and headlight assembly was projected about 100 yards forward from the impact site, and was resting in the center local lane (More photos at Facebook.com/CardinalEmergencies). 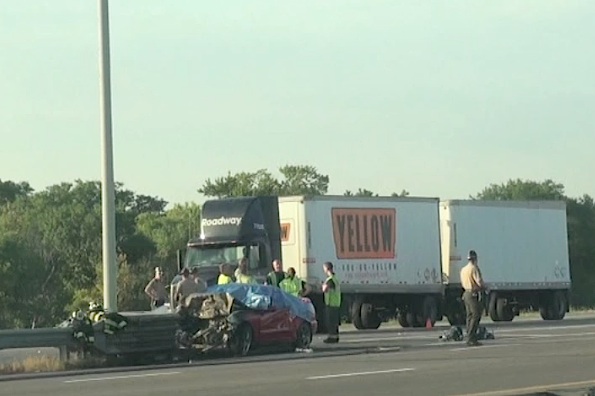 Firefighters wait for the coroner to arrive and for Illinois State Police to complete their accident investigation (More photos at Facebook.com/CardinalEmergencies).