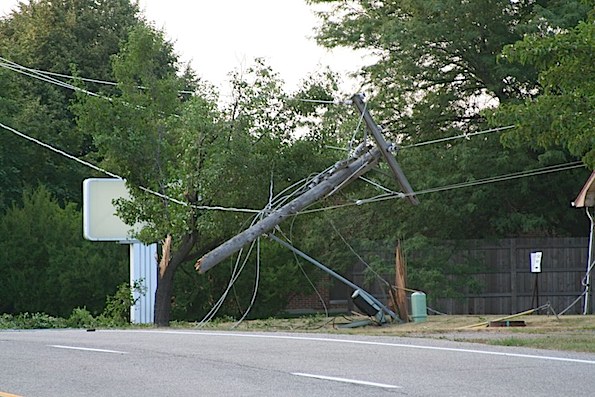 Rolling Meadows police and firefighters received a report about 6:53 p.m. Thursday of a power line down at Kirchoff Road and Hicks Road. Emergency responders were updated that a semi-trailer truck snagged power lines across Hicks Road, just north of Kirchoff Road. Firefighters also received a report of a fire behind the Marathon station with power lines down on cars — apparently parked cars. Numerous business in the area had a power surge.

The first firefighters on the scene reported a brush fire and multiple power lines down. Four utility poles were snapped by the pull of the truck on the power lines. A large power outage occurred and several business has activated fire and/or security alarms.