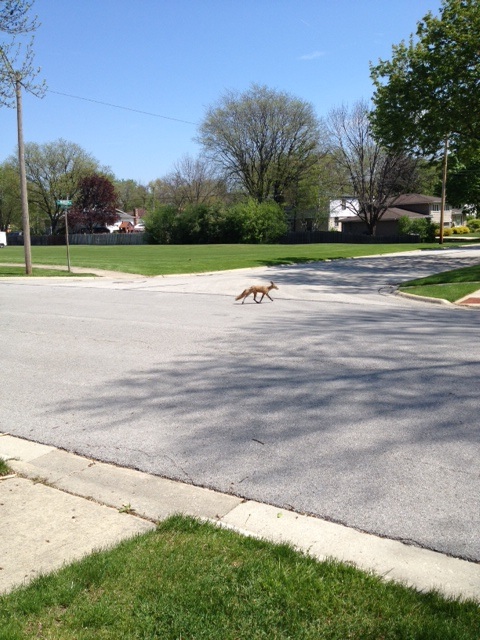 Arlington Heights police have received numerous reports over the past few weeks of a sighting of a fox that appears to be sick. The fox often sits in backyards or on porches. Even through police arrive in a short time, he manages to take off before they arrive. The animal warden is well aware of the reports.

VIDEO: A fox from mange on Stratford Road and Rand Road near Arlington Heights and Prospect Heights in 2010.

Foxes that appear sick are often affected by mange, which is a class of persistent contagious skin diseases caused by parasitic mites. The mites embed themselves either in hair follicles or skin, depending upon their type. They generally infest domestic animals, including dogs and other canines, livestock (such as sheep scab), wild animals and even humans (such as scabies). The infection causes hair loss and severe itching of the affected animal. The mites often proliferate near the ears. Foxes sick with mange will frequently shake their body and flick their ears.

Sarcoptic mange in foxes is contagious to other mammals. Although unlikely, a cat or dog could catch mange from a fox. In people the infection is called scabies. People don’t lose hair, but they can get a rash.