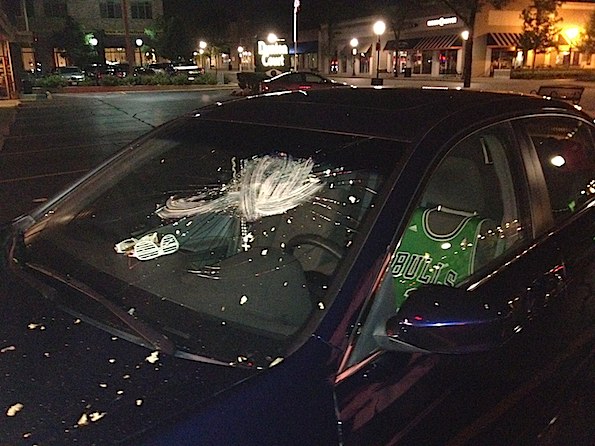 Photo: Spinach dip and a cracked and starred window after vehicle windshield hit by a container of spinach dip at Dunton Court shopping center.

A shop owner was working in Dunton Court shopping center when he heard a suspicious noise and walked out to find the windshield of his car broken and covered with spinach dip. No offender was seen, but the victim was mistaken for the offender by a second caller. The reference to the baseball bat was apparently an early mistaken assumption of the cause of damage.

The container was possibly launched over the roof from the back of the Dunton Court shopping center building, or from a balcony at Dunton Tower Apartments. The angle would have been very high for the object to hit the windshield without clipping the roof of the building.