High winds swept through a beer tent where 200 people gathered after a Cardinals game Saturday, killing one and seriously injuring five others. The owner of the bar that hosted the crowd said lightning, not wind, killed the patron.

High winds swept through a beer tent where 200 people gathered after a Cardinals game Saturday, April 298, 2012. Strong winds or lightning killed a patron and seriously injured five others.

The owner of Kilroy’s Sports Bar — the St. Louis bar that hosted the crowd — said firefighters told him that lightning killed a man in his 50’s. Fire officials have not confirmed the cause of death.

Tent poles, barstools, pedestals and amplifiers were flying through the air when the straight line winds hit.

Hail damage nearby by in St. Louis area. 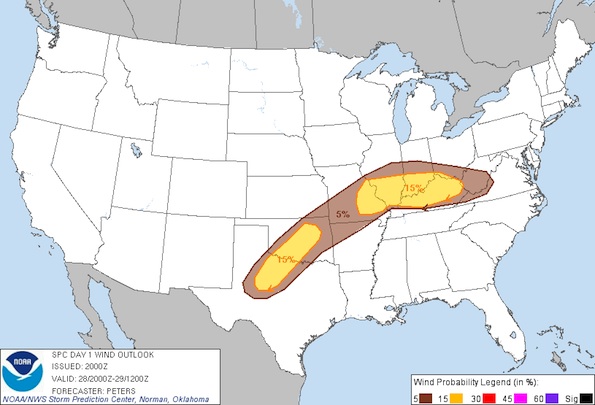