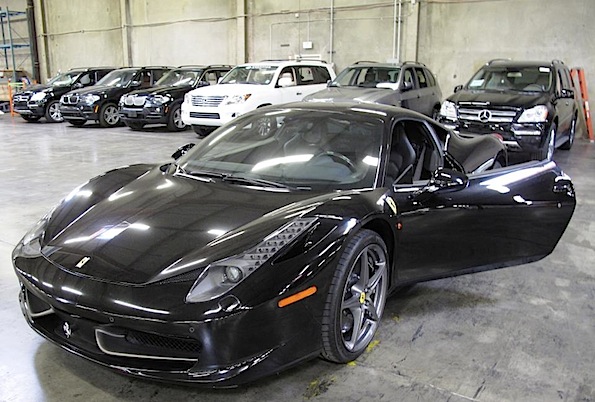 A car rental company reported a suspicious incident to authorities when a GPS device in a rented 2010 Ferrari showed that the vehicle was at the Port of Los Angeles harbor. After opening the shipping container with the GPS-equipped Ferrari, U.S. Customs and Border Protect Outbound Enforcement Team officers checked other containers with manifests listed as carrying “used fitness equipment.” More cars were discovered totaling a value of about $1.5 million.

The vehicles were allegedly stolen after they were leased by people with false identities. The vehicles are being turned over to the California Highway Patrol who will return the vehicles to their owners.