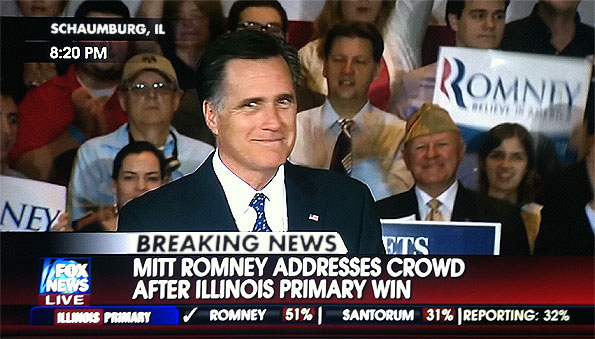 His victory speech to supporters as at the Renaissance Schaumburg Convention Center Hotel in Schaumburg, Illinois

Before the Illinois and following Romney’s victory in Puerto Rico last week delegate totals placed Romney in the lead:

In February, Santorum won three primaries in a single night, putting him in the lead in national and some state polls. Mitt Romney won the other five primaries, including a close contest in his home state of Michigan at the end of the month