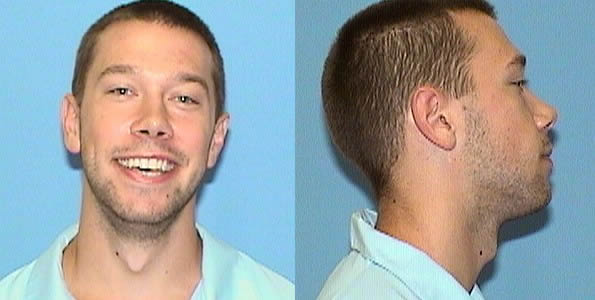 Schaumburg police on an investigation of the residence of John Abel in the 200 block of Andrew Lane witnessed a backpack thrown from a window of the residence by another resident of the home. During search of the backpack, police found the pain reliever oxycodone, hallucinogenic mushrooms, scales, a log book, and a cell phone allegedly used to take sales calls.

Police arrested John Abel, 22, and charged him with three counts of illegal possession of a controlled substance with intent to deliver. Bond was set at $400,000 in Cook County Circuit Court — Rolling Meadows. The person who threw the backpack out the window was not believed to be involved in the drug activity and is not known to charged with any crimes currently.

At the time of the investigation and arrest Wednesday, Abel was on parole for a 2009 aggravated battery conviction that occurred during a home invasion/armed robbery at an apartment in the 2200 block of South Goebbert Road. Charges of home invasion and armed robbery against John Abel were dropped in exchange for his guilty plea to aggravated battery. According to the Illinois Department of Corrections, his projected discharge date of his five-year sentence was August 30, 2013. Abel had been on parole since August 30, 2011.