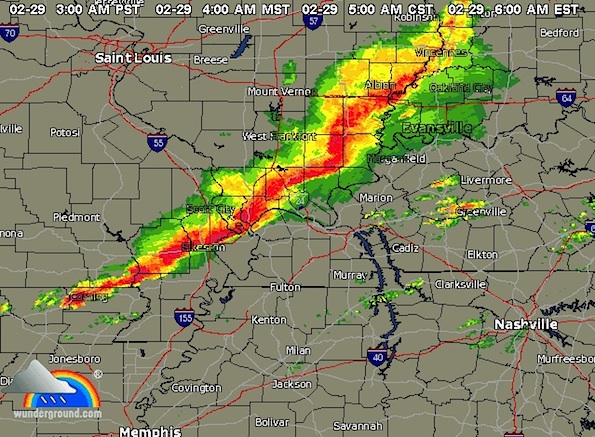 This Afternoon: Sunny, with a high near 71. Breezy, with a west southwest wind between 16 and 22 mph, with gusts as high as 36 mph.

Thursday: Sunny, with a high near 66. West wind at 7 mph becoming south.

Thursday Night: Partly cloudy, with a low around 47. South wind around 8 mph.

Friday: Showers and thunderstorms likely, mainly between 10am and 4pm. Cloudy, with a high near 70. Breezy, with a south wind 8 to 11 mph becoming south southwest between 17 and 20 mph. Winds could gust as high as 31 mph. Chance of precipitation is 60%.

Friday Night: A chance of rain and thunderstorms before 3am, then a slight chance of rain between 3am and 5am. Mostly cloudy, with a low around 39. Northwest wind between 7 and 14 mph, with gusts as high as 22 mph. Chance of precipitation is 50%.

Saturday: Sunny, with a high near 51. West northwest wind between 7 and 13 mph.