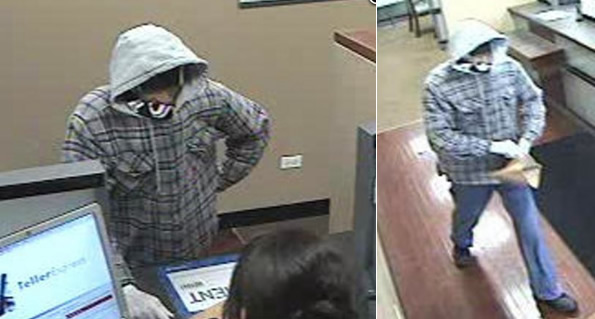 The suspect is described as a male/white in his mid-40s.He walked into the bank, approached the teller counter and announced a robbery.

According to witnesses, the offender was 5’11” to 6′, with a thin build and facial hair. He was wearing a blue plaid flannel shirt, a gray hoodie, a black bandana over his face, blue jeans, and cloth work gloves.

Law officers urge anyone with information to call the Chicago office of the FBI at 312-421-6700 or any local law enforcement agency.