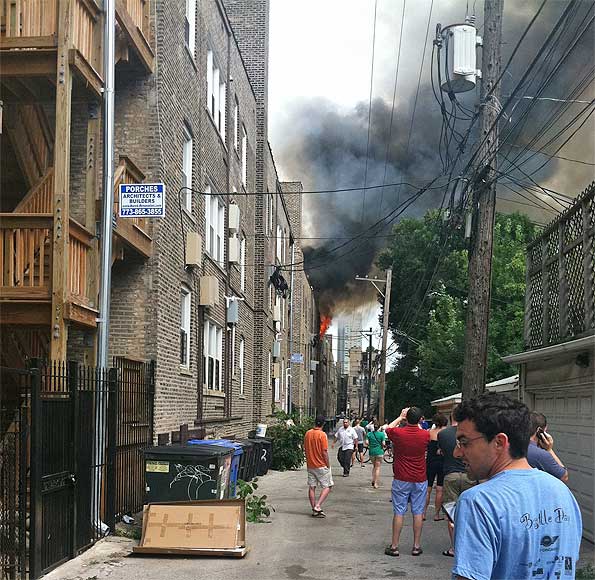 Chicago firefighters, paramedics and police responded about 1:45 p.m. Saturday to an apartment fire in the 800 block of West Cornelia. Firefighters were working a fire in a three-story brick apartment building in the Lakeview neighborhood that was immediately elevated to a 2-11 response. Residents evacuated from at least two buildings, and hundreds of spectators viewed the flames and smoke visible from blocks away.

About 2:30 p.m. the fire communicated to a second apartment building to the north. Chicago firefighters put up several ground ladders and had three hose lines on the original fire building, and two hose lines on the second fire building. The fire response was elevated to a 3-11 about 3:00 p.m. An EMS Plan 1 was also requested as two firefighters were transported to Advocate Illinois Masonic Medical Center with minor injuries. No other injuries were reported.

The fire was struck out about 3:15 p.m. Saturday, and is under investigation. The fire apparently started outside near outside wood staircases and porches at a lower level. As the outside fire rose up the three-story, it ignited interior apartments.

Possibly over 60 people were displaced. Power outages were reported in the area during overhaul. 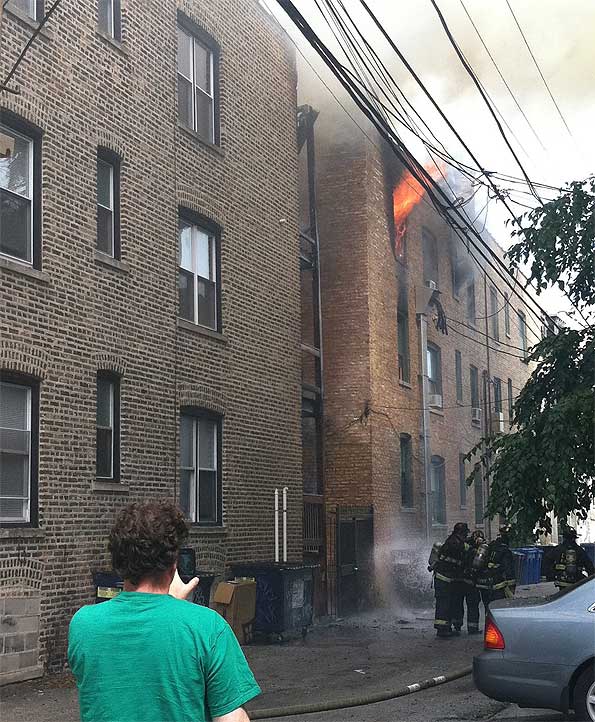 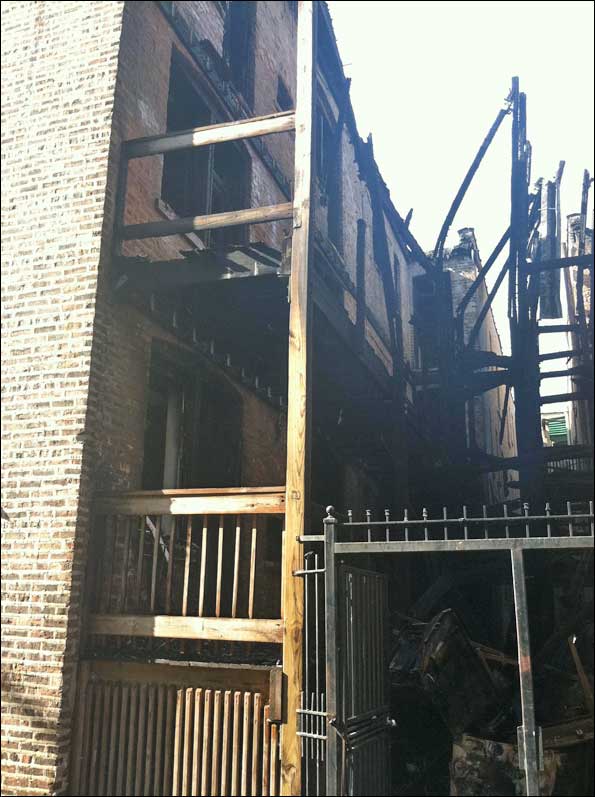