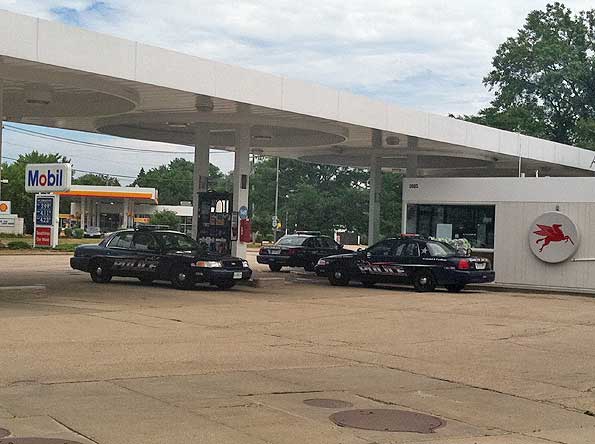 Arlington Heights police responded about 2:10 p.m. Saturday to an armed robbery at the Mobil gas station, 3005 East Rand Road. Police received a report that an offender, armed with a handgun or pistol demanded money and fled on foot, possibly toward the cemetery just west of the gas station.

The offender was described as a male/white in his early 20’s, about 5’7″ 150 LBS, wearing either a black hoodie or a black zip-up jacket, sun glasses, black shirt, black bandana on his face, and black gloves. The offender also told the gas station clerk that there were two accomplices in the back of the store armed with shotguns.

A subject matching the description came through the cemetery and got into a black Volvo and drove southbound on Forrest Avenue from the general vicinity of the scene.

No word on any immediate police contact with the offender. 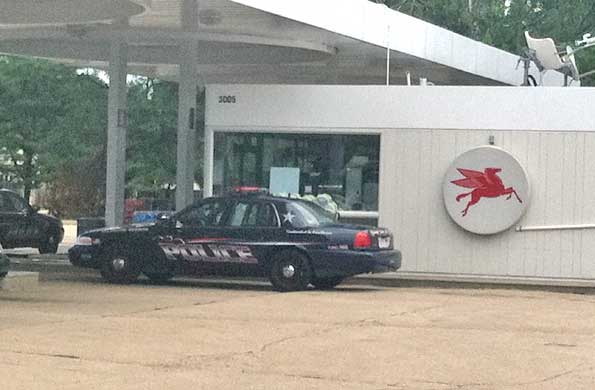