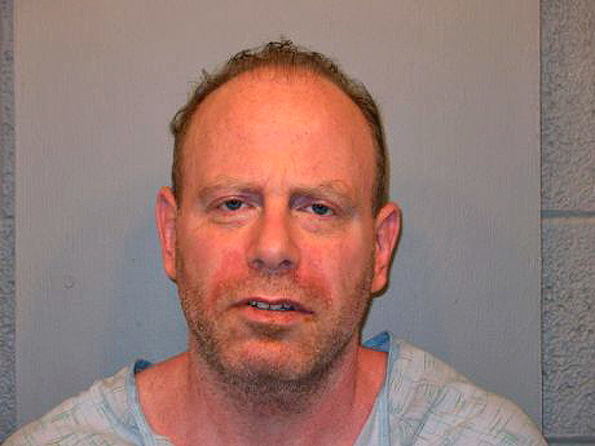 Steven M. Cole, who turned 41 yesterday, has been charged with first-degree murder in the killing of his father, Stuart Cole, 69. Steven Cole called 9-1-1 just before midnight Monday and said he killed his father. Police surrounded the Cole’s house in the 2600 block of North Stratford Road and asked Steven Cole to surrender. After about one hour, Cole complied with the police and came out the front of the house and surrendered.

On Wednesday June 15, 2011 an autopsy was performed on Mr. Cole by the Cook County Medical Examiner’s Office. Stuart Cole suffered multiple head, neck and chest trauma in addition to numerous defense wounds. The cause of death has been listed as Homicide.

Arlington Heights Police Investigators and Forensic Technicians were supported by the Major Case Assistance Team (MCAT). The investigation has revealed that the offender in this case, Steven M. Cole, age 41 2645 N. Stratford Rd. Arlington Heights, IL viciously and unprovoked attacked his father inside the home.

After completing the interviews, the case was reviewed with the Cook County States Attorneys Office who approved the charge of FIRST DEGREE MURDER.

Steven Cole was scheduled to be transported to the Third Municipal District Courthouse (2121 Euclid Avenue, Rolling Meadows) for a bond hearing on Wednesday June 15, 2011 at 1:30 PM in Room #108.

Court records show that Steven Cole had a history of mental illness. His parents, Stuart and Barbara Cole were granted an order of protection against their son in 2007, but the order had expired and he was permitted to live back in his parents’ house.

As a bodybuilder, Steven M. Cole worked out at several local gyms, including the Xsport Fitness north gym about five years ago. Other members of the gym, who prefer to remain anonymous, stated that Cole was heard telling people that he used anabolic steroids and other drugs. He once talked about an episode where he was profusely sweating and “got the shakes” after taking some type of substance. He said the episode, which required an emergency room visit, scared him into “going straight.” He also explained about five years ago that his training partner, who was also a bodybuilder, but missing from the gym, died of an overdose of Oxycotin. He criticized his training partner for thinking he knew more than doctors about drugs and physiology.

Video: Home of Stuart Cole, homicide victim, during arrest of his son, Steven Cole; including aftermath, securing of scene and arrival of MCAT.