In time for Father’s Day, the Cook County Sheriff’s Office Central Warrant Unit conducted a sweep of more than one hundred deadbeat dads who are seriously delinquent on child support payments. The two-week-long sting apprehended 80 men who owe more than $1,730,000 collectively in unpaid child support. “Operation Deadbeat Dads” was a success, but Sheriff Thomas J. Dart is seeking the public’s continued assistance in locating additional parents who are failing to meet their child support obligations.

Among those arrested, Cleveland Keys Jr., 46, of the 1200 block of West 90th Street in Chicago, owed the highest amount of unpaid support at $213,677.41. Keys owns a barber shop in Evergreen Park, and was apprehended June 14th after an undercover officer went in for a haircut in order to determine when Keys would next be at the business. Also taken into custody was Byron Portis, 29, of the 9500 block of South Racine, who owes $59,227 in child support. When investigators tracked Portis to his south Chicago townhome June 5th, they discovered more than $44,000 stuffed in a bag, as well as four loaded firearms on the premises. Another man nabbed in the sweep, Yaser Hadidi, 51, of the 7600 block of West 63rd Street in Summit, has been arrested five times in connection with his failure to pay $50,935.48 in child support. But that’s not Hadidi’s only criminal charge. Cook County Sheriff’s Police detectives recently arrested Hadidi for LINK card fraud during a sting at his liquor store in Bellwood on May 10th.

In addition to the dozens arrested during Operation Deadbeat Dads, investigators are seeking information on David Fisher, 45, of the 1700 block of West Hubbard Avenue in Chicago. Fisher owes $243,569 in back child support. Police are also seeking Armando Aguilera, 35, of the 2000 block of South Ashland in Chicago, who owes $45,305 in unpaid support, among others. The Cook County Sheriff’s Office is continuing to pursue other deadbeat parents. If you have information on anyone wanted for failure to pay child support, please call 1-800-447-4278. For more information on offenders wanted on child support warrants, go to the home page of the Sheriff’s Office website, which gives names, addresses and arrearage amounts: www.cookcountysheriff.org.

“It’s particularly troubling to think that even on Father’s Day – a day intended to honor one of the two most important people in a child’s life – there are men continuously shirking their duties and failing to provide basic financial assistance for their children,” Sheriff Dart said. “I’m happy that our office is sending a message to all deadbeat parents – support your kids, or we’re coming after you.”
Sheriff Dart started Cook County’s first Child Support Enforcement Unit nearly two and a half years ago, and it is now part of the Sheriff’s Police Central Warrant Unit. The Child Support Enforcement Unit is funded by federal and state grants. Over the course of its existence, the specialized team has served more than 16,000 summons, and has arrested 1700 people on child support warrants. 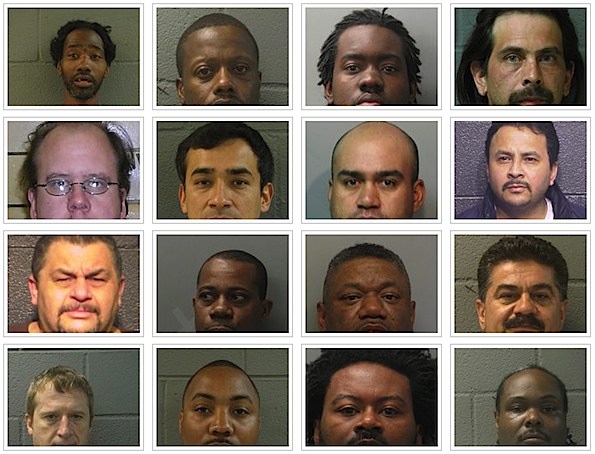