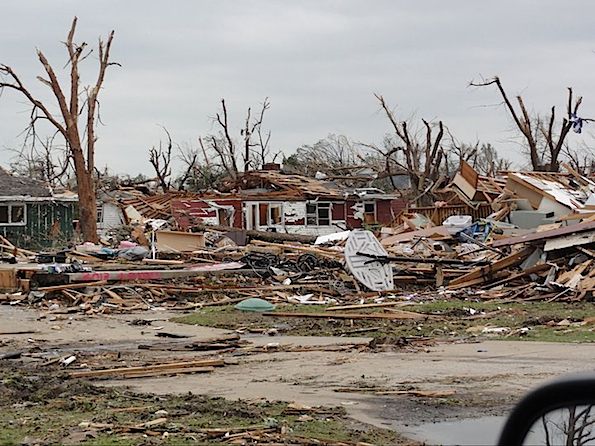 Being prepared for a medical response to a scene like this from Joplin, Missouri, is the goal of a mass casualty drill scheduled for Friday, June 10, 2011 Northwest Community Hospital (Photo courtesy: Karen Camacho).

Northwest Community Hospital and the U.S. Army Reserve will conduct a “Red Dragon” mass casualty drill on Friday, June 10, on the hospital’s Arlington Heights campus at 800 W. Central Road. The emergency preparedness exercise will be the largest-scale drill ever hosted by NCH.

The purpose of the two-hour drill is to better prepare the hospital for a catastrophic event – such as the deadly tornado earlier this week in Joplin, Missouri – while practicing crisis interactions between medical staff and military personnel. The scenario created for the exercise is day three of tornadoes striking a nearby community, with dozens of injured and deceased workers from an Elk Grove Village industrial park being transported to NCH. The military is now involved, with medics on site.

“It’s the type of disaster that could happen in Chicago’s suburbs, and we need to practice our response to better determine how we would handle such an influx of patients,” said Mary Casey-Lockyer, NCH’s emergency preparedness and response coordinator. “You can plan all you want on paper, but nothing beats having people arrive at your door in large numbers claiming a variety of serious injuries. We’re making the drill very realistic.”

More than 50 U.S. Army Reserve soldiers and volunteers, including a few children, will serve as injured victims in the emergency exercise and wear makeup to appear wounded. They begin arriving by ambulance at the Emergency Room at approximately 4 p.m. that Friday. NCH will activate its Hospital Incident Command – a team of hospital leaders who manage crisis events and make decisions on staffing and the utilization of resources. 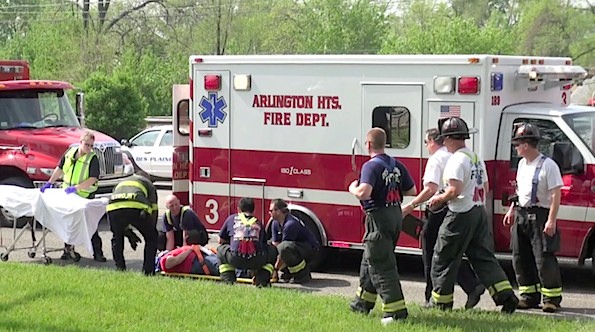 Patient prepared for transportation after crash involving a truck and a Metra passenger train on Friday, May 13, 2011.

“Victims will be triaged as they arrive at the hospital, meaning that they will be separated into groups according to the urgency of their need for care,” Casey-Lockyer said. “This system of priorities maximizes the number of survivors in a mass casualty event.”

No real patients will participate in the drill, and there will be no interruption to patient care. Signage will be placed around the hospital campus to make patients and families aware that what they might be seeing is an emergency preparedness exercise in progress. 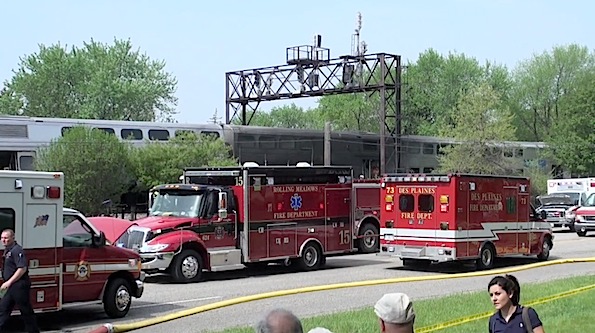 Rescue ambulances move up from staging area to receive patients from crash involving a truck and a Metra passenger train on Friday, May 13, 2011.

During the two days prior to the drill – on June 8 and 9 – the U.S. Army Reserve Mortuary Affairs Unit will be staged in NCH’s west parking lot to practice handling mass casualties. Mannequins will be used as the bodies are decontaminated in tents and prepared for either burial or the medical examiner’s office.