Extreme, up-close video of a violent tornado doing damage in the west side of Jackson, MS on April 15, 2011. (Clinton, Mississippi)

“The tree is moving out of the road actually.” Those were the words of storm chasers as a tree that was blocking the road they were using to follow a multiple vortex tornado and wedge tornado, blew off the road from tornado force winds. The chaser’s vehicle is heard getting hit with large thuds as debris from the tornado flew toward them while causing destruction in Tushka, Oklahoma and surrounding areas.

VIDEO: A violent multi-vortex tornado that struck areas in and around Tushka and Atoka, Oklahoma on April 14, 2011 with sounds of chase vehicle getting hit by debris.

The storm chasers ultimately abandoned the chase to assist with first responders. Sadly, extensive damage resulted in these communities, and at least two fatalities have been confirmed, along with a number of injuries. 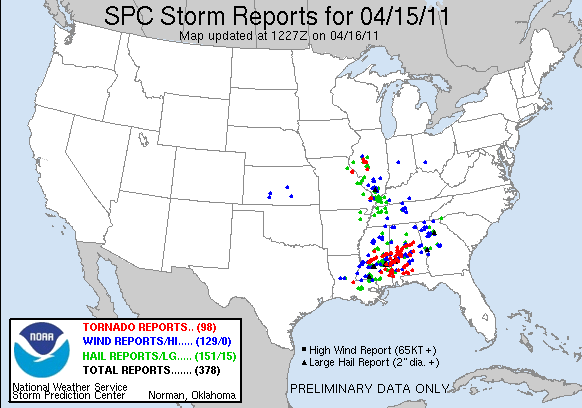 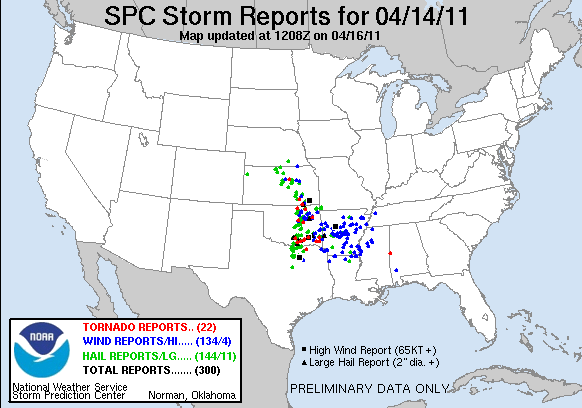 One fatality in Cullen, Louisiana where a tree fell on a house