A national spotlight is set to shine this weekend on front-line officers from the Cook County Sheriff’s Office, as “Cops” airs footage captured when production crews rode along with police officers here last summer.
“Casting Stones” is a segment set to air during the 7 p.m. Saturday episode airing nationally on Fox Broadcasting stations and locally on Fox-32.
It was the first time the popular Fox Broadcasting program had accompanied a local agency in the Chicago area in the show’s 22-year history. Langley Productions assigned camera crews to spend six weeks riding with patrol and gang crimes officers with the Cook County Sheriff’s Police Department as they carried out their duties throughout the suburbs.

Though the crews were exposed to search warrants, fugitive hunts and gang/narcotics investigations, they gravitated toward those calls for officers which on the surface may have seemed routine, but which resulted in an outcome that was anything but routine. They include several light-hearted moments but also feature scenes showing arrests, along with strong lessons for others.

“We were excited to partner with ‘Cops’ and couldn’t have had a better experience with their staff,” Sheriff Thomas J. Dart said. “We wanted to give everyone a glimpse of just some of what our officers do and some of the things they go through as they attempt to serve and protect Cook County residents. I’m incredibly proud of our officers, the work they do and the professionalism they show, whether cameras are around or not.” 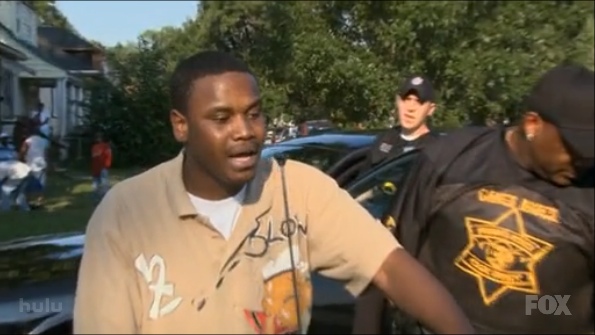 Each episode is available to view on cops.com, hulu.com or for purchase on iTunes