No Beginnings, no Saturday in the Park, no Dialogue I & II, no Feelin’ Stronger Every Day, no Make Me Smile, no Wishing You Were Here, no Just You ‘n’ Me, no Wake Up Sunshine.

Oldies radio station WOGB 103.1 has banned any songs from the band Chicago.

Quoted in USA Today, station program director Dan Markus says the good-natured ban was instituted because the band Chicago “named themselves after the city whose team is blocking our way to the Super Bowl.”

So they admit that the Chicago Bears are blocking the Green Bay Packers from getting to the Super Bowl?

Does anybody really know what time it is?

It’s time to put a stop to the Green Bay Packers. Once and for all.

SCROLL DOWN TO LISTEN TO CHICAGO SONGS … 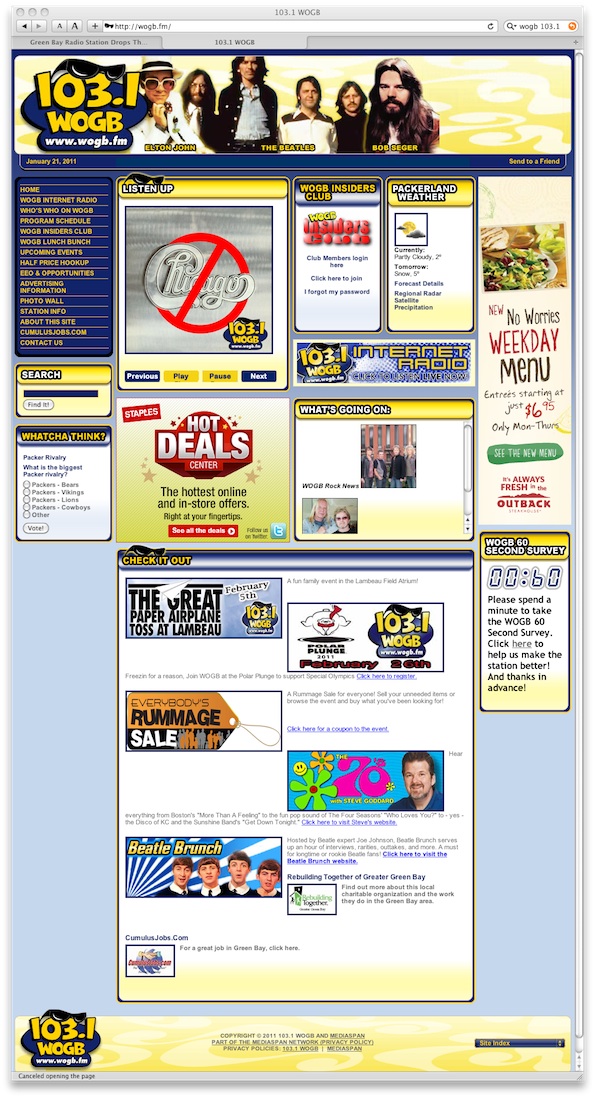