Rep. Gabrielle Giffords of Arizona was shot in the head Saturday when an assailant opened fire outside a grocery store during a meeting with constituents, killing six people and wounding many others.
Pima County Sheriff Clarence Dupnik: There is some indication that suspect Jared Loughner may have been accompanied by another man.

Rep. Gabrielle Giffords of Arizona was shot in the head Saturday when an assailant opened fire outside a grocery store during a meeting with constituents, killing six people and wounding 13 others.

Giffords’ seat was one of Sarah Palin’s top “targets” in the midterm elections with a map from Sarah Palin’s getting criticism for using a crosshairs graphic in the map. Giffords had responded …

For example, we’re on Sarah Palin’s targeted list, but the thing is, that the way that she has it depicted has the crosshairs of a gun sight over our district. When people do that, they have to realize that there are consequences to that action.

— Gabrielle Giffords on interview on MSNBC

Apparently, the shooting Saturday morning, targeted Giffords and left the three-term congresswoman in critical condition after a bullet passed through her brain.

Giffords, 40, is a moderate Democrat who narrowly won re-election in November against a tea party candidate who sought to overthrow her from office on the issue of her support of the health care law. Anger over her position became violent at times. Her Tucson office was vandalized after the House passed the health care law last March. Also a man was removed from a town hall meeting after he dropped a handgun at the meeting.

Police say the suspected shooter was in custody, and was identified as Jared Loughner, 22. U.S. officials who provided his name to news media on condition of anonymity because the police were not authorized to release it publicly. 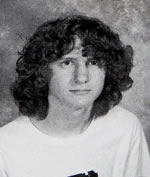 Loughner Motive?
Regarding a motive, it is not clear if Loughner had the representative’s health care law support in mind or was focused on his own unique set of political beliefs, which were published on YouTube at youtube.com/classitup10.

On videos Loughner talked about ‘dream consciousness’ and criticized U.S. currency not being based on gold. He also talked about literacy and grammar, and claimed that people in Giffords’ District 8 were illiterate.

Also, on the YouTube channel, Jared Lee Loughner published that his favorite books were Animal Farm, Brave New World, The Wizard Of OZ, Aesop Fables, The Odyssey, Alice Adventures Into Wonderland, Fahrenheit 451, Peter Pan, To Kill A Mockingbird, We The Living, Phantom Toll Booth, One Flew Over The Cuckoo’s Nest, Pulp,Through The Looking Glass, The Communist Manifesto, Siddhartha, The Old Man And The Sea, Gulliver’s Travels, Mein Kampf, The Republic, and Meno.

The views on the channel jumped from about about 350 Saturday afternoon to 500,000 early Sunday morning.