VIDEO: Man taken into custody after short police pursuit with the driver and his silver Acura.

An Arlington Heights police investigator driving in an unmarked vehicle at about 11:00 a.m. Monday noticed a silver Acura heading northbound on Walnut Avenue with the rear license plate covered by duct tape. The officer called for a marked police squad to assist with a traffic stop. As the Acura crossed Oakton Street, the driver picked up speed. Several marked police squads headed toward the area, as the driver of the Acura picked up speed. Before any marked car arrived, the driver of the Acura changed directions several times, traveling on Thomas Street westbound and then eastbound. The driver turned on Dunton and headed southbound, then appeared to be pulling over and stopping for the investigator. When the investigator started to get out of the car, the car sped off again. Soon the Acura was followed westbound on Olive and then down Clarendon. Eventually, the Acura headed southbound on Ridge Avenue with marked cars closing in. As the driver of the Acura approached Euclid Avenue and Ridge Avenue, police were able to safely stop the Acura at southbound Ridge Avenue, just north of Euclid Avenue at about 11:05 a.m.

Police inspected the vehicle and took the driver in custody with handcuffs and placed him in the back seat of a squad. The driver was wearing a tan coat with a light-blue lined hood. He was also wearing dark blue or black pants with a light blue or white stripe on the sides, and white athletic shoes. Police inspected the trunk of the driver’s Acura and then drove the vehicle to police headquarters. The male driver was transported in custody to police headquarters.

No word on any charges that might be filed. 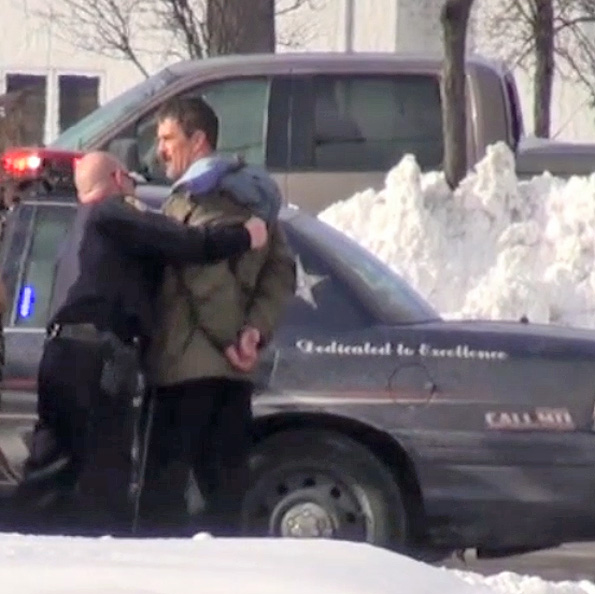