Chicago police and fire department paramedics responded Christmas Eve just after 11:30 p.m. to the Union League Club, 65 W. Jackson Blvd., for a fall victim at an inside staircase. Eric Fatla, a 26-year-old law student fell two to four stories at the Union League Club on December 24, 2010, and was transported to Northwestern Memorial Hospital with head trauma.

Eric Fatla was home in Chicago for the holidays and accompanied by his father, Ed, who owns a Frankfort accounting firm. After Ed and Eric finished dinner about 11:30 p.m., Ed Fatla went to the bathroom on the second floor with his son waiting in the center staircase area. After Ed came out of the bathroom, he saw that his son had fallen to the bottom of the stairs and was lying two floors below with head injuries. 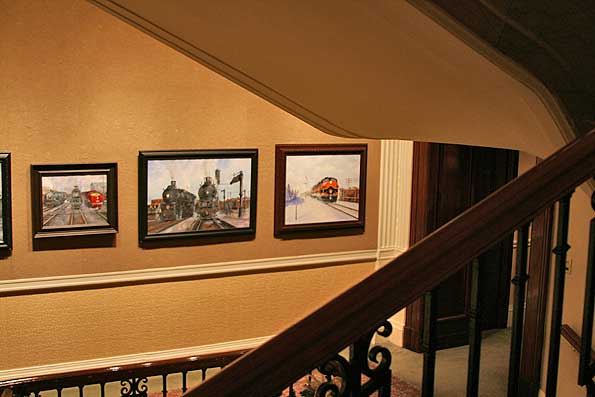 A file photo of an inside staircase at the Union League Club. Each floor has a lobby with a centrally-located staircase rising through the middle.

Police say his death appears to be an accident, and an autopsy is scheduled today. As a linebacker for Lincoln-Way East High School in Frankfort, Fatla survived a previous head injury with a life-threatening brain hemorrhage.