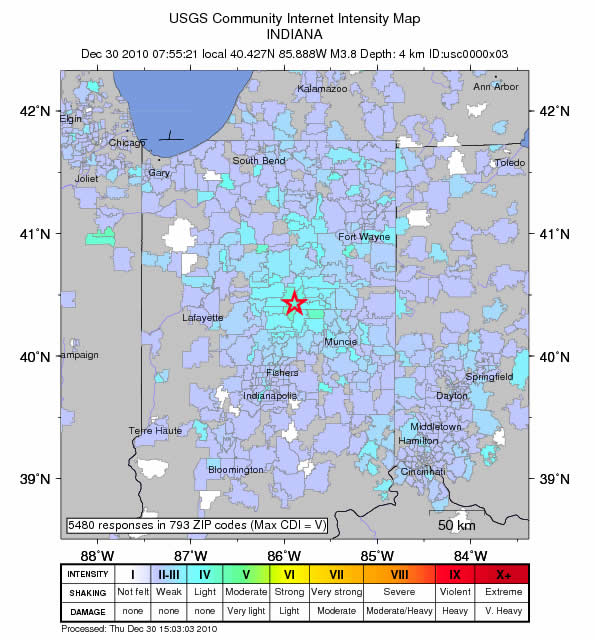 There were no immediate reports of injuries or damages from the quake, which was centered 50 miles (75 km) northeast of Indianapolis.

Several people on Twitter wrote that their houses shook, doors rattled and the earthquake sounded like rolling thunder. Some people reported hearing a loud boom like a semi-trailer hit a building. The earthquake lasted about 5 or 6 seconds.