A video of the military honors burial service is in production by The Cardinal, and should be released tonight or early Sunday morning. Meanwhile, here are some shots of Arlington Heights Fire Department firefighters while preparing to salute USMC Lance Corporal James Bray Stack at the entrance to Memory Gardens in Arlington Heights. 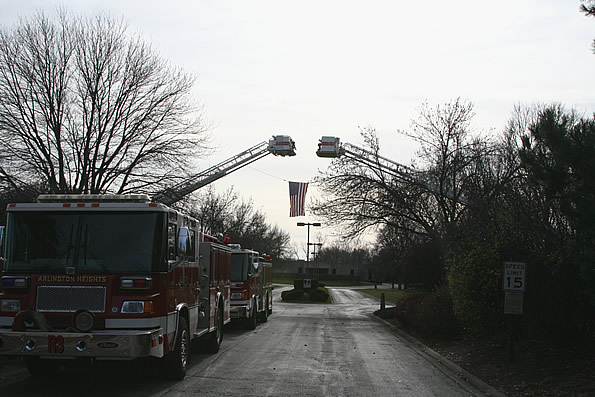 US Flag at entrance of Memory Gardens held up by AHFD Ladder Tower Trucks. 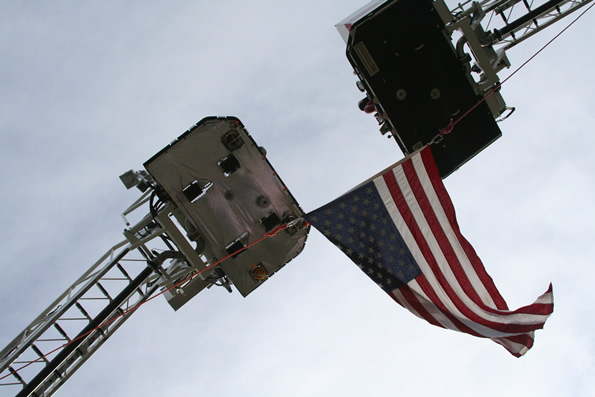 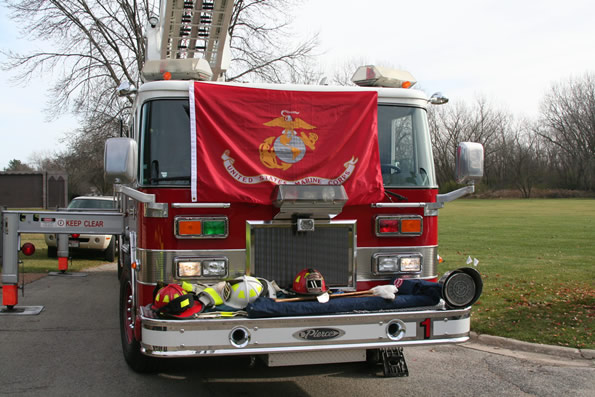 United States Marine Corps flag on the windshield of Tower 1. 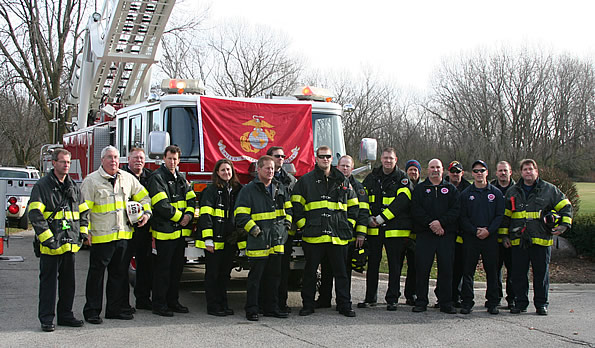 AHFD firefighters take time out for a group shot while they prepare to salute the body of USMC Lance Corporal James Bray Stack on the way to burial.