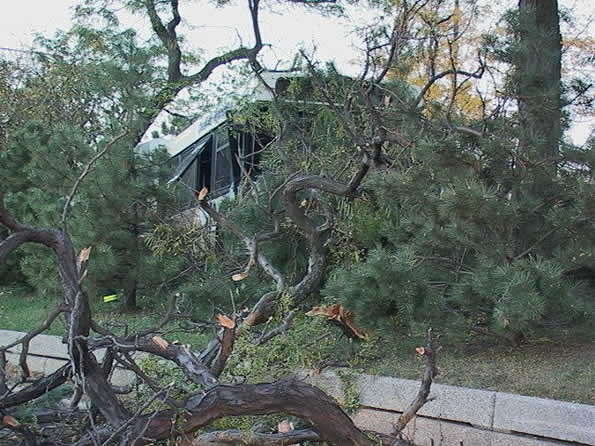 Chicago Fire Department responded about 5:50 p.m. Saturday for a CTA articulated/extended bus that ran off the roadway near southbound Lake Shore Drive south of Interstate 55 and hit a tree. Some fire and paramedic units were staged at 31st and Mow. Initially, the bus was reported to be fully loaded with about 50 passengers, but the count increased to 72. Most of the patients were reported to have minor injuries, but a triage area was set up that could include victims with serious injuries. 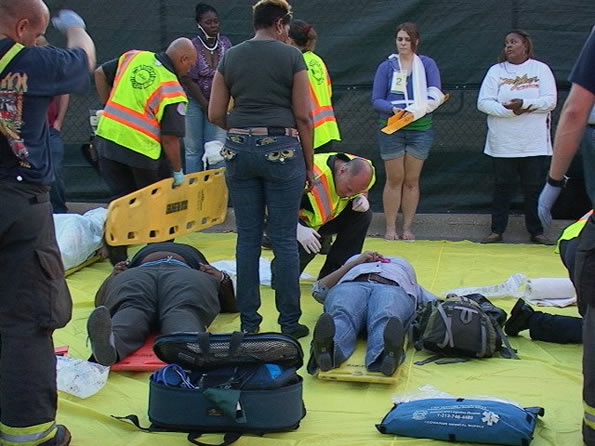 RED TAGS – IMMEDIATE ADVANCED LIFE SUPPORT REQUIRED for victims who cannot survive without immediate treatment and have a chance of survival.

YELLOW TAGS – Victims are treated and under observation for indication of worsening condition. ‘Yellows’ are not in immediate danger of death and are considered stable, unless observations prove otherwise. These victims will still require hospital care and would be treated immediately under normal circumstances without the overload of a mass casualty situation.

GREEN TAGS – Victims are ambulatory. The victims can wait for treatment and are considered “walking wounded” who will need medical care at some point, after more critical injuries have been treated in a mass casualty situaion.

WHITE TAGS – Victims are dismissed with minor injuries with no requirement of a doctor’s care.

BLACK TAGS – Victims are deceased or have obvious fatal injuries that are so extensive they are not likely to survive given the care or resources that are available. Resources would be more likely to go to care for ‘Reds’ in a mass casualty situation.