Arlington Heights and Rolling Meadows police and firefighter/paramedics were kept busy with five crashes between 11:45 a.m. and 1:30 p.m. Wednesday. A total of five people were injured and 14 cars were damaged in five crashes that occurred in a 105-minute period.

The first crash was a “property damage only” at Arlington Heights Road and Algonquin Road at about 11:30 a.m. 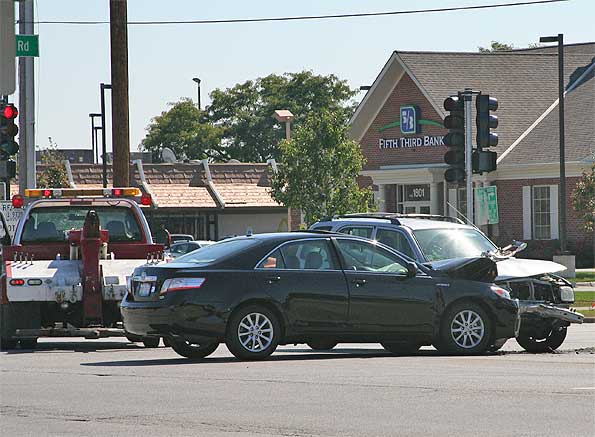 Toyota Camry and Chevy Geo Tracker wrecked in the intersection of Algonquin Road and New WIlke.

The second crash was the most serious with two cars crashed head-on in a photo-enforced intersection at Algonquin Road and New Wilke just before noon. A Chevrolet Geo Tracker and a Toyota Camry had severe front-end damage in the intersection. Two people were transported by paramedics from Arlington Heights Fire Department and Rolling Meadows Fire Department. Rolling Meadows police managed the accident scene. 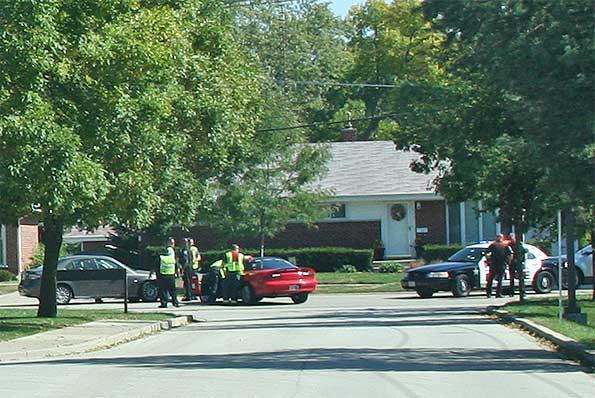 Next, a crash with injuries was reported at the Cook County Circuit Court Rolling Meadows at a driveway intersecting the southbound lanes of Euclid Avenue. One injury reported at that crash, but no ambulance transport to the hospital occurred. Rolling Meadows police and firefighter/paramedics responded to this third crash. 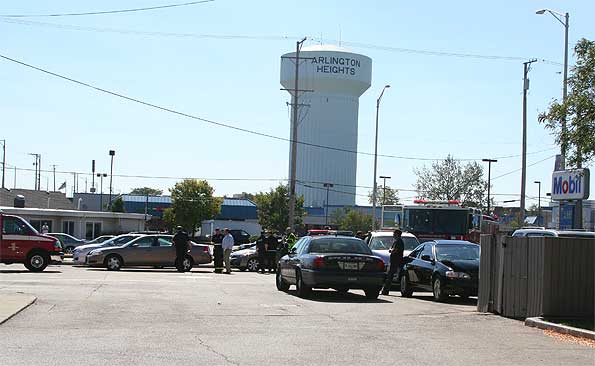 Cars that crashed at Golf Road and Arlington Heights road pulled into the Mobil gas station for paper work. 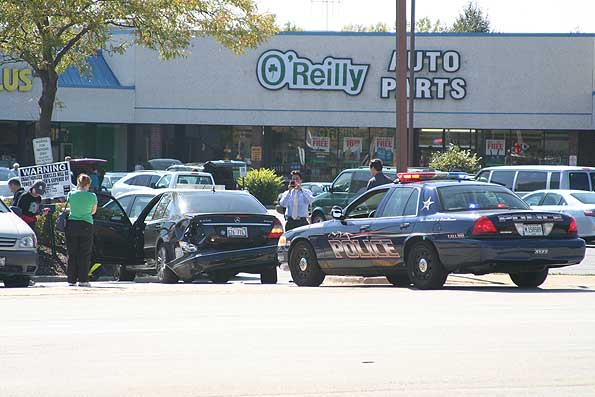 Two other cars in the crash, including a Mercedes, pulled into the shopping center at the southwest corner of Golf and Arlington Heights Road. 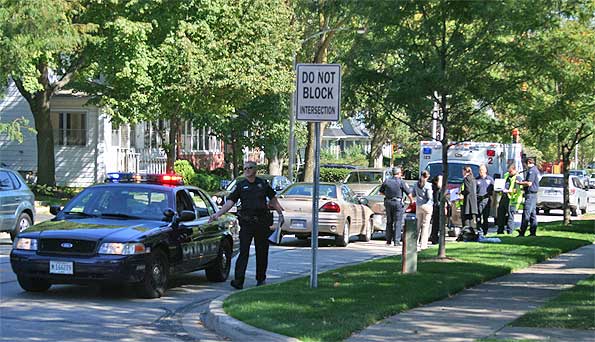 The fifth crash was a rear-end collision at eastbound Euclid Avenue between Evergreen Avenue and Arlington Heights Road. One person reported injured at that crash. Two cars towed from the fifth crash — a Ford Taurus and a Pontiac Grand Am.

Other property damage crashed were also reported at the Northwest Community Hospital parking garage and at Arlington Heights Road and Palatine Road.