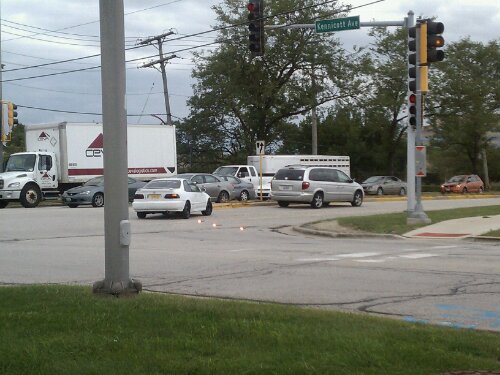 Flares down at Dundee and Kennicott

Arlington Heights police responded about 4:00 p.m. Friday to report of a large amount of gravel dumped by a dump truck in the westbound lanes of Dundee, just west of Kennicott.

A significant amount of gravel was on the road causing a skid risk at rush hour. The gravel dust was also blowing in the eyes of pedestrians near the intersection.

Police put flares down so other calls could be handled. Police learned from Arlington Heights public works that the cleanup job was the responsibility of IDOT.