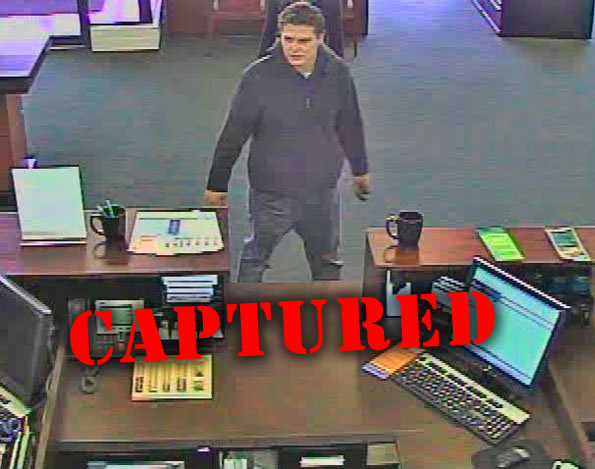 The man suspected of robbing the Village Bank & Trust, 311 South Arlington Heights Road on April 28 was arrested by Arlington Heights police officers peacefully outside his residence in the 4400 block of Shorewood Drive in Hoffman Estates Saturday morning.

The criminal complaint charges James Fedji with five counts of armed bank robbery filed Tuesday in U.S. District Court in Chicago. He was formally charged in front of U.S. Magistrate Judge Michael Mason in Chicago and was ordered held without bond.

Publicized bank surveillance photos, such as the photo above, led to several tips from the public. The leads were investigated and resulted in the arrest of the suspect.