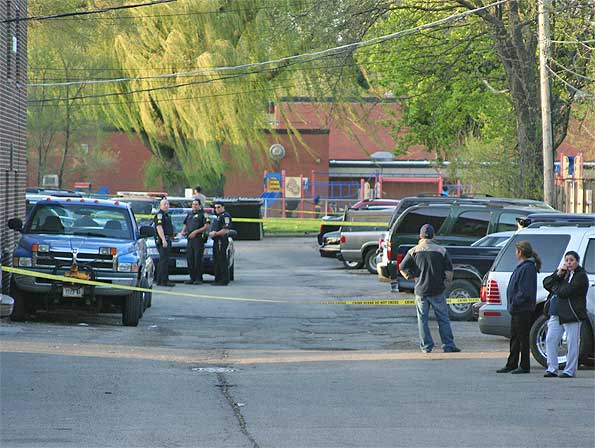 Arlington Heights police responded to a report of a bag with a foul odor just before 4:30 p.m. Friday in the back of the Marketview Apartments, 11 North Dryden. Police were quiet about what happened in the back parking lot behind 11 North Dryden — only saying that they were conducting an investigation. Police also set up an outer perimeter about 5:50 p.m. sealing off the entire parking lot of the apartment complex. No vehicles were allowed into the parking lot. Vehicles that were leaving the parking lot were blocked from exiting until the vehicles were photographed and vehicle occupants were identified and documented.

Word spread among residents of the apartment complex that a man’s body was found in the back lot in a dumpster or near a dumpster. Only the lower half of a human body — severed just above the pelvis — has been discovered. The body part — believed to be the partial remains of a white male — were discovered in a garbage bag. The bag was reported to police as suspicious after a strong odor was detected coming from the bag. After interviewing residents, police suspect the bag was dumped next to a dumpster at the rear parking lot after 7:00 a.m. Wednesday, April 14, 2010. The body is believed to have been severed by a sharp instrument. 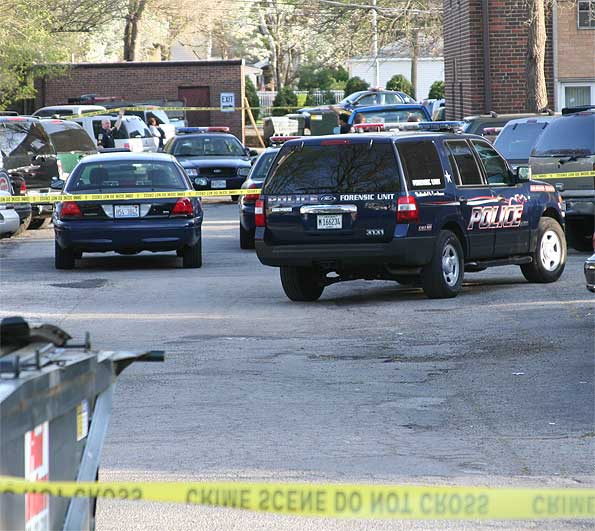 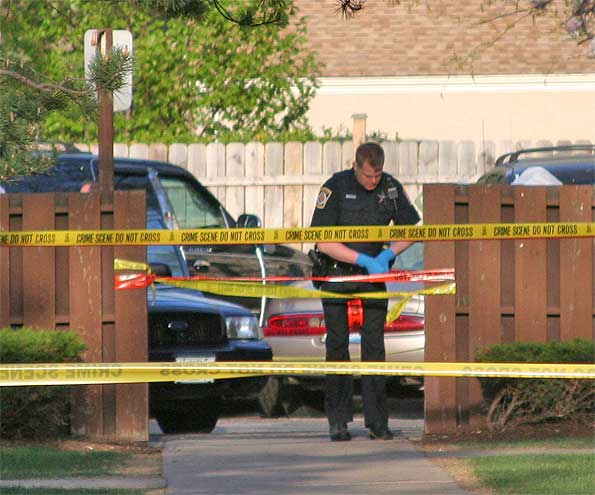 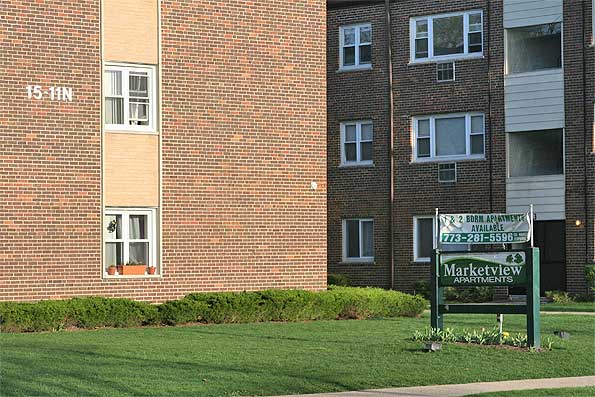