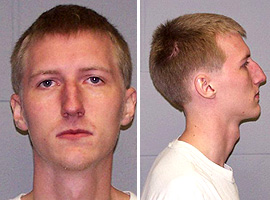 William Clark, 20, of Winaki Trail, Algonquin was charged with attempted murder after stabbing his ex-girlfriend at a Bath and Body Works store, Spring Hill Mall in West Dundee.

The offender walked into his 21-year-old ex-girlfriend’s workplace at 8:30 p.m. Wednesday. He then forced her into a men’s bathroom, an allegedly stabbed her in the back with a 7-inch bayonet knife.

The stabbed woman was transported to Sherman Hospital, Elgin where she is listed in fair condition after emergency surgery.