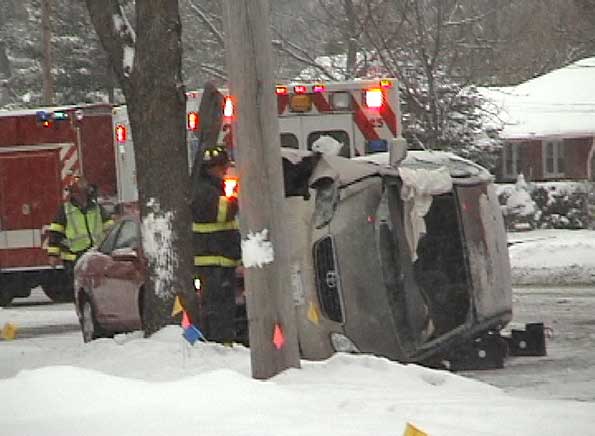 Arlington Heights police and firefighter/paramedics responded to a one-car crash of a Toyota Corolla about 4:00 p.m. Tuesday in the middle of a winter snow storm. A late model Toyota was resting on its driver’s side with a woman trapped inside in the eastbound curb lane of Euclid and Hawthorne, just west of the United States Post Office. Arlington Heights Fire Department arrived and were able extricate the woman driver from the car after popping out the windshield.

The woman did not appear to be seriously injured. Eastbound Euclid was blocked for at least 45 minutes.