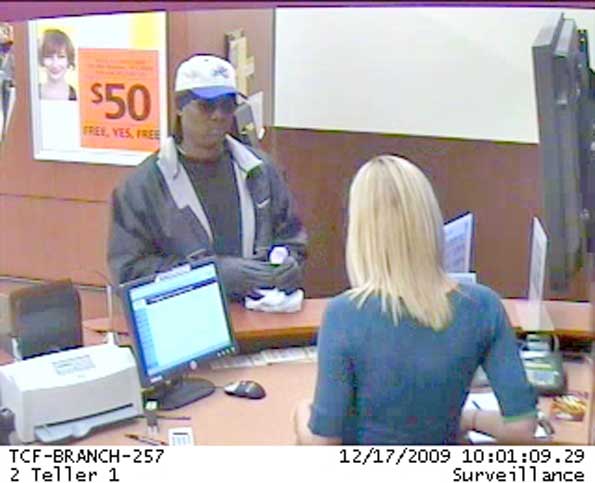 Armed robbery at TCF Bank at Jewel-Osco at 0-100 North McHenry Road: A male/black with a gun in his pocket robbed the TCF Bank in the Buffalo Grove Jewel-Osco at about 10:00 a.m. Thursday. Three Buffalo Grove police squads were right around the corner and were on the scene within a minute. The bank robber had entered the bank and presented a demand note to the victim teller — then fled with money.

The pursuit proceeded northbound Weiland until the suspect crashed his car at Aptakisic Road. The offender’s crashed car at that location took out a fence and a light pole.

The suspect in custody at about 10:08 a.m. The suspect was caught with a dye pack in his pocket. Anthony Singletary, 37, of the 400 block of Gregory in Glendale Heights, was arrested at the scene — a charge of armed robbery expected. The accident scene was secure at 10:10 a.m.

Buffalo Grove Fire Department firefighter/paramedics responded to check on injuries of the suspect in the crash.

Buffalo Grove police and FBI agents investigated the crime scene at the bank.

*The Cardinal: A guilty ruling and the identity of the subject imaged has not yet been confirmed in a court of law at the time of filing of this article.