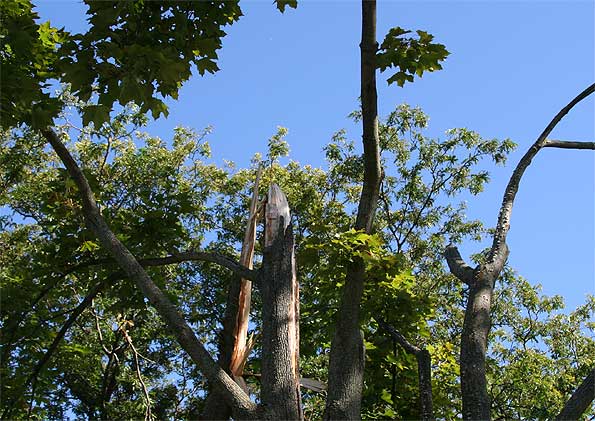 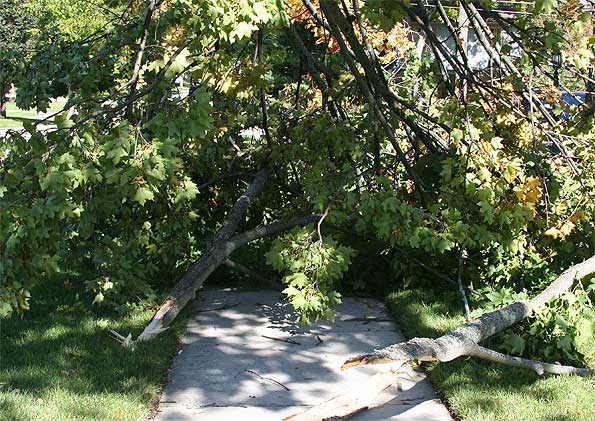 A maple tree that snapped in half blocks a sidewalk near Euclid Avenue and Haddow Avenue.

Commonwealth Edison reported that about 19,000 customers lost power with the north suburbs hardest hit. Some customers still remained without power, but most customer power was restored overnight.

Winds were steady about 20 to 25 mph from 7:00 p.m. until after midnight Tuesday/Wednesday. Gusts ranged from 37 mph to just over 41 mph during the same time period.