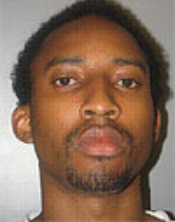 Dylan Kibayasi, the 5-month-old son of Ibrahim Kibayasi, died shortly after noon Wednesday after he was brought to Advocate Lutheran General Hospital Friday and held in the intensive care unit.

Ibrahim Kibayasi, 29, of the 1700 block of Sable Lane in Mount Prospect was charged with aggravated battery of a child, a Class X felony after his son was brought to Level One Trauma Center Advocate Lutheran General Hospital by Prospect Heights Fire Department firefighter/paramedics.

The 5-month-old infant had remained in critical condition with apparent Shaken Baby Syndrome since Friday. The child’s mother was not charged with a crime.