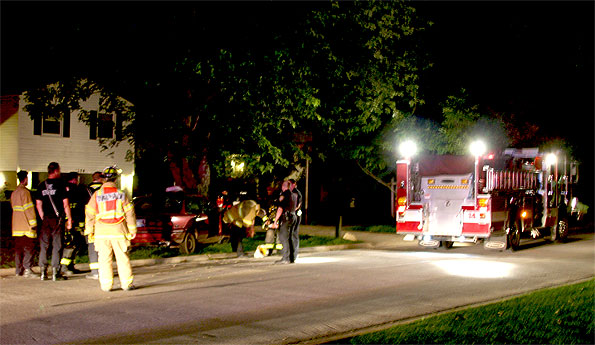 UPDATE: Police identify driver that crashed into tree …
Police charged Kyriakos Iatropoulos, 18, of the 1400 block of Indigo Drive with DUI and traffic charges related to the crash.

Mount Prospect police officers arrived first to the scene of a car crash, which was reported to have a small fire under the driver’s side of the car. The police reported the fire was out when they arrived.

Mount Prospect Fire Department responded to a rescue and medical call for the car vs. tree in the 1300 block of North Indigo Drive about 1:15 a.m. Friday. The car, an older model Toyota Corolla, appeared to have been northbound on Indigo Drive when it left the roadway and hit a large tree head-on on the west side of the street.

One accident victim was quickly transported to Advocate Lutheran General Hospital Level One Trauma Center in Park Ridge. A neighbor a block away heard a loud crash, and many neighbors came out of their houses to see what happened. Southbound Indigo Drive was blocked at Corktree Lane. Cree Lane was blocked where it turns into Indigo Drive. 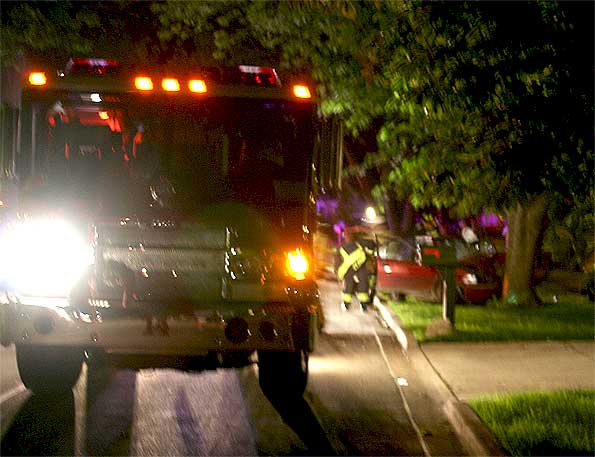 Firefighters inspect a wrecked car after its driver was transported to Advocate Lutheran General Hospital.