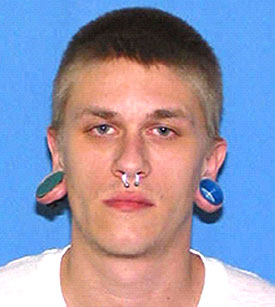 It is unknown if he is responsible for crimes in Arlington Heights, such as graffiti at Rand Road and Camp McDonald and other locations along Camp McDonald in Prospect Heights. Mount Prospect police are investigating.