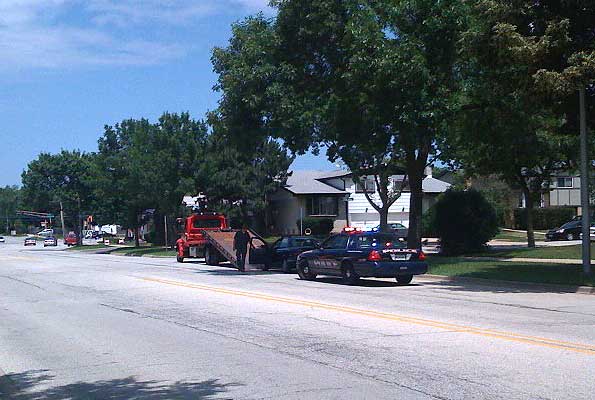 Hillside Towing picks up a DUI offender’s Chevy Geo Prizm at Windsor Drive and Lillian Avenue while a police officer finishes report for the DUI driver, who was taken to jail by another officer.

An alert driver noticed a possible DUI driver westbound Northwest Highway from Arthur and called 9-1-1 at about 12:38 p.m. Tuesday. The driver was reported to be driving erratically all over the road in a blue Chevy Geo Prizm. Although the driver following the Prizm was told by the 9-1-1 call taker not to follow the driver, both drivers continued North on Dryden Place, past Kensington, Miner, Euclid, Oakton, Olive, Thomas, and Rand Road. While passing St. Viator High School, the Prizm sideswiped a 2000 Ford Mustang that was parked at the curb. The caller updated the 9-1-1 call taker with the hit-and-run information and the location of each passing street. At least two Arlington Heights police officers caught up with the Prizm at Windsor Drive and Lillian Avenue at 12:43 p.m. 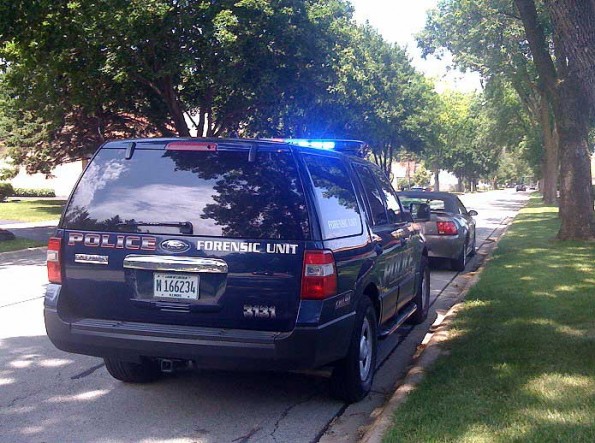 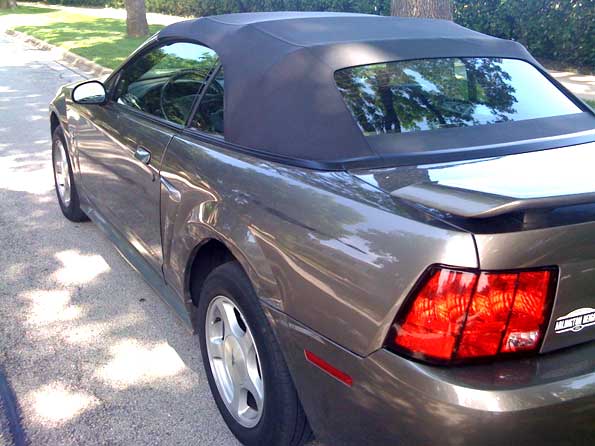 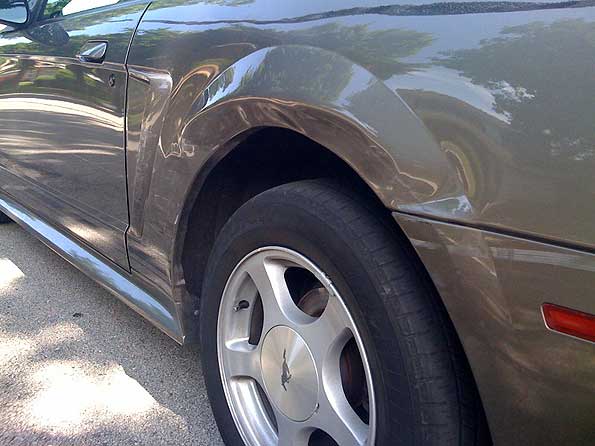 Close-up on damage to rear wheel well of a 2000 Ford Mustang convertible Tuesday for a DUI driver just after noon that hit a parked car.