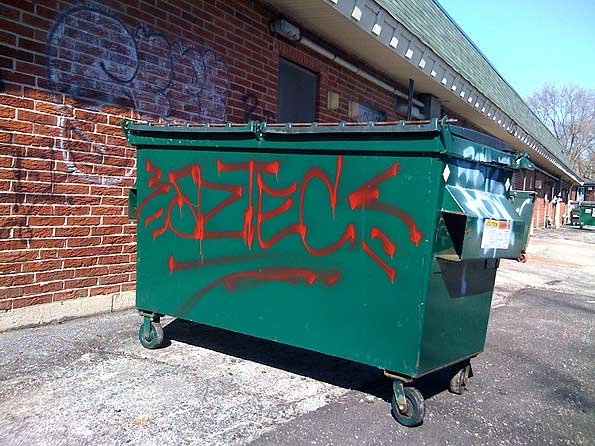 Extensive graffiti reported to have happened the weekend of April 4, 2009. Graffiti photographed in the back of a commercial building in the 2400 block of East Rand Road, just northwest of Camp McDonald Road.

Anyone having information about this crime or any other serious crime should use the CitizenObserver anonymous tip feature or call Arlington Heights Crime Stoppers @ (847) 590-STOP. Callers are guaranteed anonymity and may qualify for a cash reward on up to $1,000. 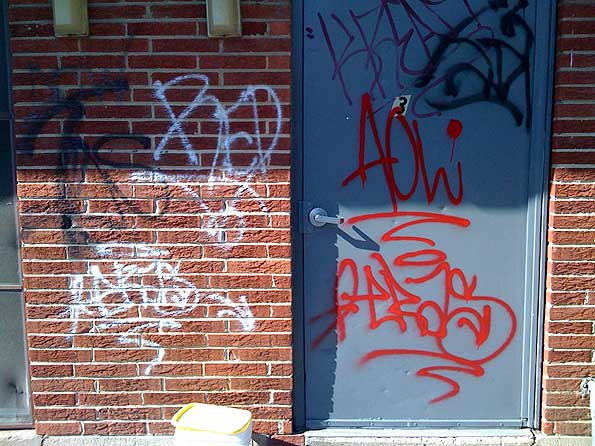 Graffiti on doors and brick in the 2400 block of East Rand Road. 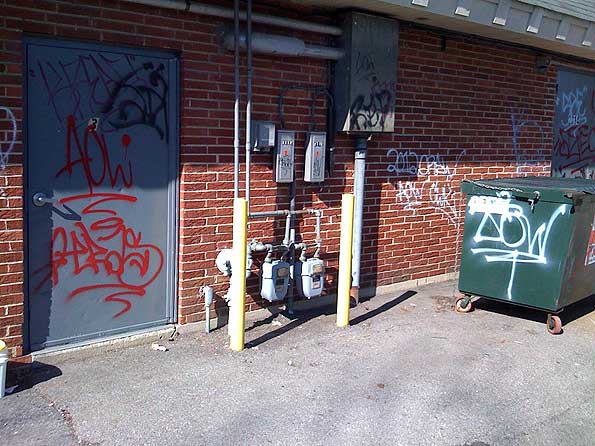 Graffiti at commercial building at the back of 2400 East Rand Road block. 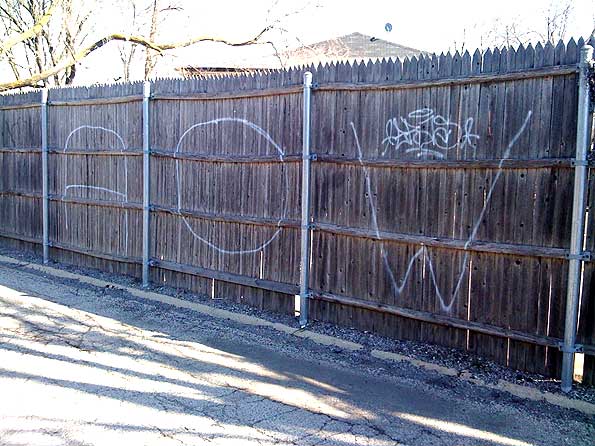 Graffiti on a fence at the back of the commercial building. 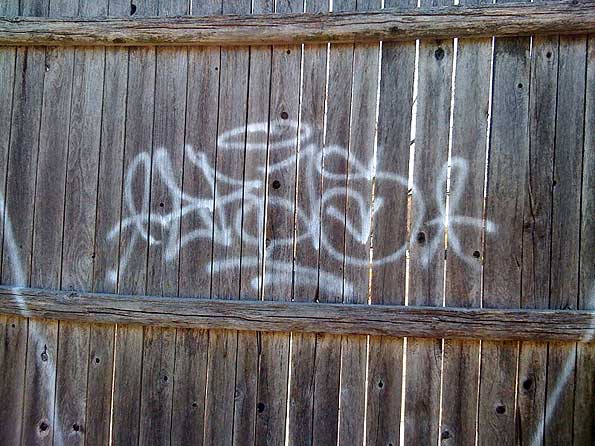 Closeup of graffiti on fence at the back of the building in the 2400 block of East Rand Rd.